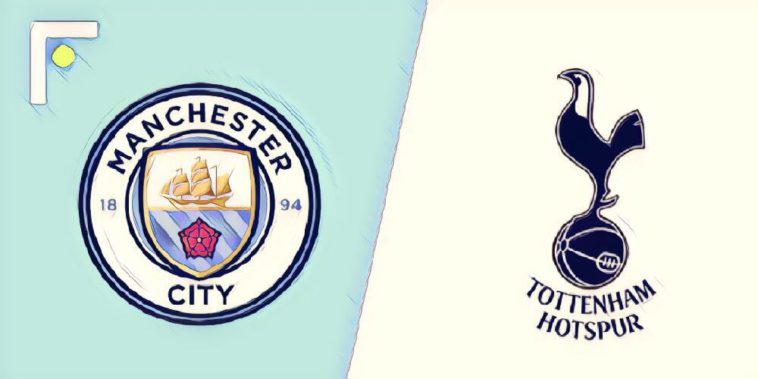 Manchester City face Tottenham in a huge game at the Etihad on Saturday, in the third fixture between the clubs this month.

Since losing at Newcastle in late January, City have been in imperious league form winning nine successive fixtures. They head into their clash with Tottenham in second, though have a game in hand on leaders Liverpool and will go top with victory.

Raheem Sterling’s stunning season continues, the England international having now scored 23 goals in all competitions and is rightly one of the favourites for the Player of the Year awards.

Kevin De Bruyne has looked back to his best in recent games having suffered an injury-plagued season, and the Belgian’s return could have a huge impact on whether City become the first team to retain the league title since Manchester United achieved the feat in 2009.

City face a Spurs team this weekend who ended their hopes of an unprecedented ‘quadruple’ by eliminating them from the Champions League in midweek, could the defeat have a psychological bearing on this weekend’s encounter?

Back-to-back league wins have arrested an alarming run of league form for Mauricio Pochettino’s side, who will be further boosted after reaching the Champions League semi-finals on Wednesday night.

Spurs will be full of confidence having progressed to the last four at City’s expense, as they prepare for their second fixture at the Etihad in just three days.

Pochettino’s side are embroiled in a four-way battle for two places in the Premier League‘s top four, with just four points separating third-placed Spurs and Manchester United in sixth.

Moussa Sissoko limped off in the first-half at the Etihad and is a doubt, with Pochettino’s midfield options limited with Eric Dier and Harry Winks recovering from injury.

Winks could return, though Dele Alli played an unfamiliar deeper role in midweek and may be asked to fulfil a similar role this weekend.

Harry Kane was injured during the first leg of that quarter-final tie, and will likely miss the remainder of the season with a serious ankle problem.

What TV channel is Manchester City v Tottenham on?