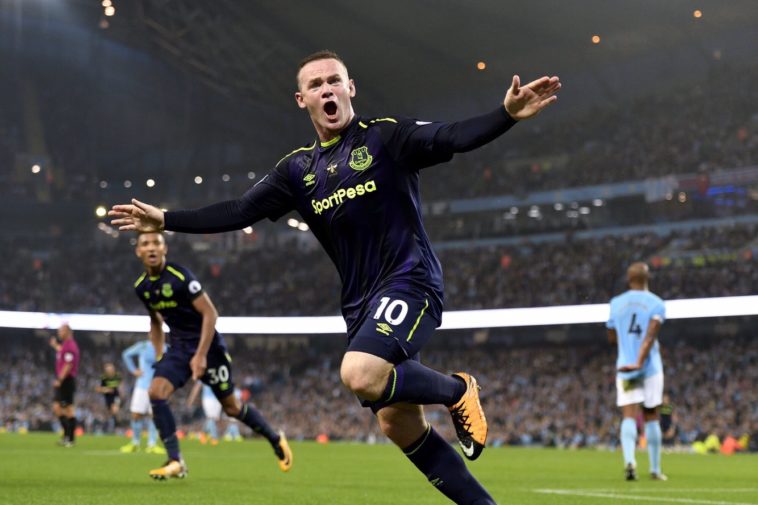 It was a day when the spoils were shared at the Etihad as Manchester City and Everton played out a 1-1 draw.

Ronald Koeman’s side opened the scoring in dramatic fashion. Everton tried to hold on till the very end, however, Raheem Sterling had the final say when he smashed in an equaliser to make it 1-1.

City will see it as two points dropped after dominating the game for large parts of it. For Everton, dropping two points after leading for so long will be a disappointment. Former team-mates at Barcelona, Koeman and Pep’s difference in approach was there for all to see, throughout the 90 minutes.

The home side started on the front foot as you would expect. The front duo of Gabriel Jesus and Sergio Kun Aguero were a menace early on. Everton’s defense began to sit back from the very beginning and played very cautiously. The plan was to cause trouble for City’s back three with long passes to Dominic Calvert-Lewin.

The away side’s plan was working well for the most part. Calvert-Lewin did exceptionally well throughout the game to hold up the ball and bring his team-mates into the game. Every time, he was able to stretch the City defense out wide and exploit the lack of pace in those center halves.

Pep’s Citizens looked very dangerous on the counter in the first half. David Silva was lurking dangerously in and around the Everton box looking for any slip-ups from their defense. Nicolas Otamendi looked to test Jordan Pickford from distance on a couple occasions early on as well. However, the biggest chance of the half fell to Aguero, who was unable to convert from close range after being set-up by Kevin De Bruyne.

Moments later, the Argentine found David Silva in space. The Spaniard looked set to score the opener, but his powerful effort hit the post, much to the dismay of Aguero. In the space of a minute, Rooney scored the opener to make it 1-0. It was a goal which came out of some excellent work from the youngsters Calvert-Lewin and Mason Holgate, the young forward set up Rooney, who scored his 200th Premier League goal from close range to give the visitors the lead.

Everton didn’t try to push on after scoring the opener, instead, Koeman’s side looked to hold on to their lead. Nearing the half-time whistle, Kyle Walker was sent off after getting a second yellow, a controversial call by referee Bobby Madley. The Englishman was furious at the referee’s call and walked off the pitch in anger.

At the break, Pep decided to take the game to the visitors and brought on Raheem Sterling for Gabriel Jesus. That change was going to be the ultimate deciding factor of the game for the Citizens.

Everton continued to sit back and allow City time on the ball. On the hour mark, Koeman substituted youngster Tom Davies to give new signing Gylfi Sigurdsson his first start. Ashley Williams was also substituted for Dutchman Davy Klaassen. City’s Ederson had a few nervous moments in the second half. He had to come a long distance out of his box to prevent Calvert-Lewin from getting a clear run at goal. His misplaced clearance found the feet of Rooney, who, in his rush to score, skied his attempt.

Moments later, Sterling found himself in the perfect situation to equalize. De Bruyne started the move from midfield and linked with up well with Aguero, the Argentinian then found Sterling in space inside the box. In his hurry to score, Sterling missed the target and his shot went way high above Pickford’s post.

The pacy City no.7 was able to make amends in the last ten minutes of the game. A poor clearance from Mason Holgate ended up at his feet and he smashed a volley past Pickford to make it 1-1. Walker wasn’t the only player to see red in the game, Morgan Schneiderlin also saw red for his challenge on Aguero as both sides finished with 10 men. Klaassen heroically prevented David Silva from getting a late winner in the game, as the spoils were shared at the Etihad.