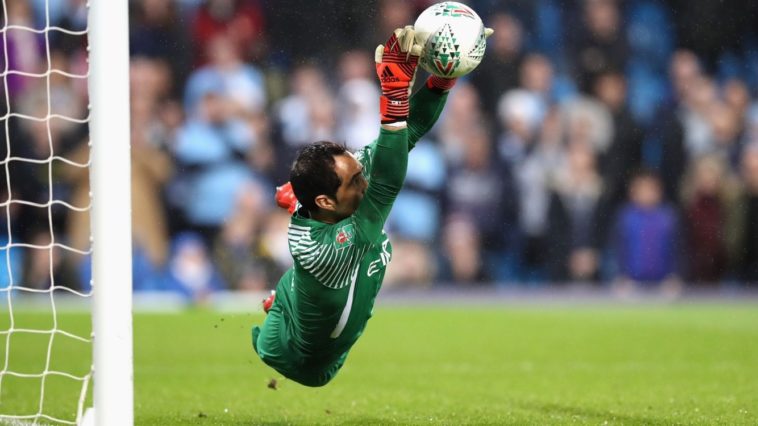 Manchester City edged out Wolves on penalties on a dreary night at the Etihad.

Claudio Bravo was the hero, saving two in the shootout as well as four good Wolves chances in open play, as the Cityzens advanced to the fifth round- just.

Both managers opted for heavily rotated sides but the best chances of the game fell to Wolves, with young striker Bright Enobakhare failing to take some brilliant chances. He was denied by City’s veteran ‘keeper on multiple occasions on a frustrating night for both sides.

Although the near-6,000 travelling Wolves fans were in good voice, neither team managed to carve out many chances in a long 120 minutes.

With the game almost inevitably going to penalties, Chile captain Bravo stood strong to make two top-class saves from N’Diaye and Coady, while De Bruyne, Touré, Sané and Aguero all scored to send the home side through. However, it was a spirited display from the visitors, who could quite easily have come away with the win on another night- or against another goalkeeper.

Manchester City travel to the Hawthorns for a Premier League match against West Bromwich Albion on Saturday, while Wolves head to London to face QPR in the Championship.