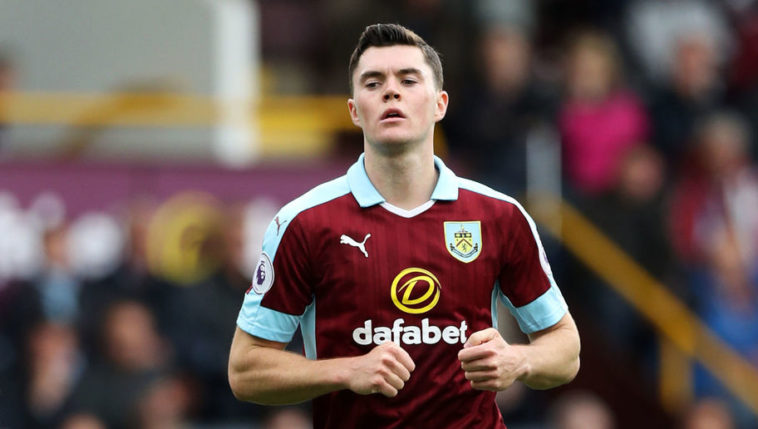 Manchester United are believed to be in pole position in their pursuit of Burnley defender Michael Keane.

The newly capped England international has attracted attention up and down the Premier League with his excellent performances for Burnley.

Liverpool and Everton are believed to be interested in signing the defender, who is valued at £25million, but the Daily Mail believe that Manchester United are in pole position to land the 24-year old.

Jose Mourinho’s move for the defender is a damning indictment of former boss Louis van Gaal, who sold the defender just two years ago for a paltry £2m. United will now have to spend a further £23m to get their academy graduate back to Old Trafford.

The only saving grace for Manchester United’s finance team is that they negotiated a 20% sell on clause when they let Keane move to Turf Moor, meaning that they will in fact get £5million back should they agree to pay the £25m asking price.

Keane’s arrival is likely to mean that one of Phil Jones, Chris Smalling or Daley Blind is allowed to leave the club this summer.