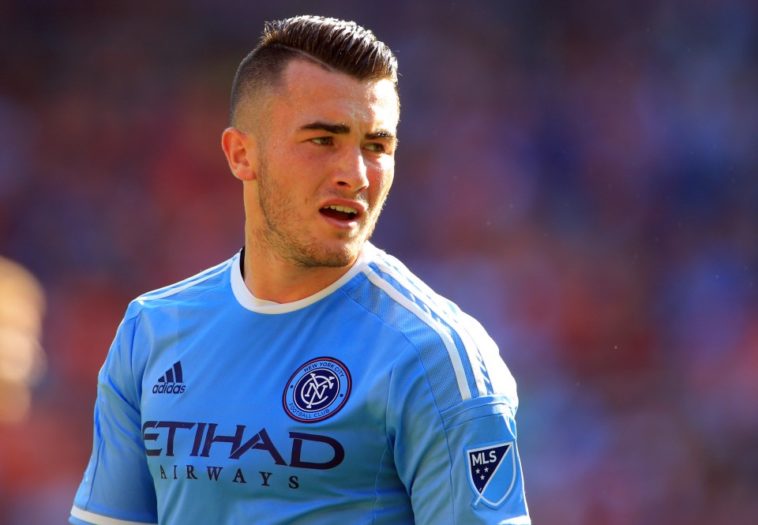 The 21-year-old is actually from Stoke on Trent and raised in Bolton, starting his footballing career in the Manchester United Academy. However, he left back in 2010 after struggling to make the grade and in 2013, moved across the pond to play for the Manhattan Soccer club.

In 2016 he eventually ended up being signed for New York City FC, which is the sister club set up by Manchester City, and has not looked back since. He had an impressive debut campaign in the MLS last season, and has backed it up with an even better season this year, scoring 10 goals in 33 appearances so far.

He has just been selected for the upcoming England 21 international squad for the first time and is now attracting attention from the Premier League’s top two sides.

According to The Sun, Manchester United are keen to re-sign the winger, but face competition from their rivals across town, Manchester City.

However, in a bitter twist of fate, despite Harrison coming through United’s ranks, it’s is in fact City who have the upper hand in any potential talks, thanks to their partnership with NYCFC.

“City will have first dibs on Harrison at New York if he continues his rapid progress.

“It’s sure to rub United up the wrong way after what happened to him as a kid. He’s having a great time over in the US.

“City are hearing positive things from the execs in New York and that Harrison is an exciting late bloomer.”