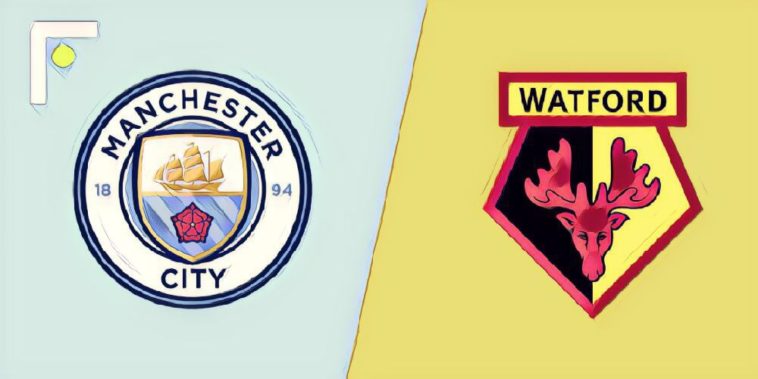 It’s two down, one to go, for Manchester City, as they look to secure an unprecedented domestic treble by claiming the FA Cup against Watford this weekend

Here’s everything you need to know about this year’s FA Cup Final at Wembley.

As it has been for a number of months now, Manchester City‘s domestic form is flawless, with their only slip-ups in 2019 coming in January’s 2-1 defeat to Newcastle, and the first-leg Champions League loss to Spurs last month.

Since then, City have continued at their relentless best, securing the Premier League title last weekend following what has been an epic and memorable battle with Liverpool.

Having already lifted the League Cup back in February with a penalty shootout win over Chelsea, Pep Guardiola is looking to become the first manager ever to complete the clean sweep of domestic trophies in England.

Despite their domination of the Premier League in recent years, the FA Cup is a trophy that has somewhat alluded the Citizens, with their last triumph coming back in 2011, with Wigan Athletic beating them in the 2013 edition of the competition.

Having been eyeing a seventh-placed finish, Watford‘s form since cementing their place in the FA Cup final has been decidedly poor, winning just one of their six games since their last visit to Wembley, losing four and drawing the other, with the final day defeat to West Ham seeing them finish just inside the bottom half in 11th.

However, with little else to play for since that dramatic comeback win over Wolves, the Watford players can be forgiven for playing within themselves in order to protect themselves for this weekend’s finale, and with a place in the Europa League on the line, it is hard to see anything other than the Hornets giving it their all – despite the magnitude of the task ahead of them.

The occasion will also prove to be an emotional occasion for Heurelho Gomes, who is expected to make his final appearance for the club before heading into retirement.

Watford’s sole appearance in an FA Cup final ended in defeat when Everton won 2-0 back in 1984.

What channel is the FA Cup final on?

UK readers will be able to catch this fixture live on BBC1 and BT Sport 2.

To keep up to date will all the latest betting activity make sure to check out freebetinfo.com.