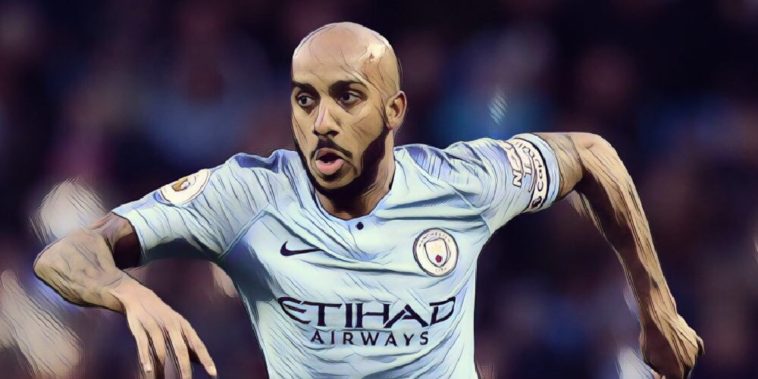 Manchester City will demand a fee of £15m for in-demand midfielder Fabian Delph.

The England international has fallen out-of-favour for Man City this season, making just 11 league appearances for the Champions, with the 29-year-old likely to depart this summer as he seeks regular first-team opportunities.

According to The Sun, Pep Guardiola’s side will demand a fee of £15m for Delph who is apparently attracting ‘major interest’ from a number of mid-table Premier League clubs, although the report doesn’t name a single team who are supposedly interested.

Meanwhile, outside of the top-flight, Delph had also attracted interest from his two former sides, Aston Villa and Leeds.

Villa’s interest, however, is likely to be dependent on whether they achieve promotion by beating Derby in the Championship play-off final next week.

Leeds – where Delph began his career in 2006 – were also thought interested in bringing the two-time Premier League winner back to Elland Road, but their failure to secure promotion will likely see them priced out of a deal.

Regarding Delph’s exit from the Etihad, a Manchester City source told The Sun: “Pep has no issues with him whatsoever but there is a need to free up squad space for fresh blood.

“He would like a move to a decent club and just wants more starts. He has been a club hero here with what he has achieved.

“Fabian knows he will not be able to maintain his spot in the England squad for the Euros if he does not get game time though.”