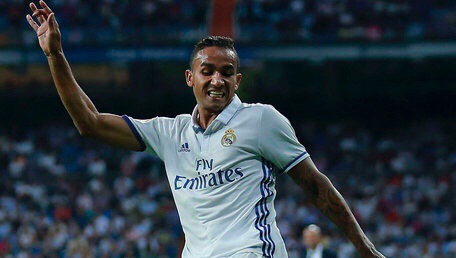 Manchester City have taken the lead in the race to sign Real Madrid right back, Danilo.

Chelsea were thought to be the favourites to land the Brazilian defender, who has struggled to make the Real Madrid right back spot his own since his £27m move from FC Porto back in 2014.

However, according to the Daily Mail, the Blues are being cautious of not overpaying for the 26-year-old. They are also interested in signing Danilo’s Real Madrid teammate Alvaro Morata, who is more of a priority.

This has allowed Manchester City to take the lead in the race to sign the the Brazilian. It is claimed that City have agreed a fee of around €30m (£25m) with a further €5m in add ons. The player himself is expected to sign a five year contract with the Citizens which could be signing in Los Angeles in the next 48 hours.

City have already splashed the cash by signing Kyle Walker from Tottenham for a staggering £50m, but are still in the market for several new full backs.

Having let Pablo Zabaleta, Bacary Sagna and Gael Clichy leave the club, and interest in Aleksander Kolarov, City are short on numbers, and have been linked with a moves for Benjamin Mendy from Monaco, and Southampton left back Ryan Bertrand.