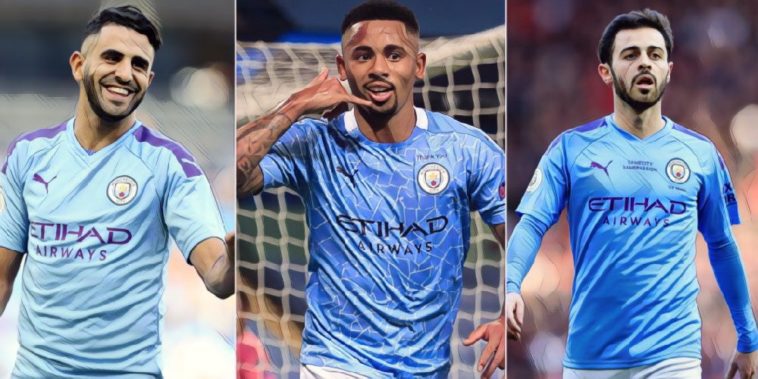 Manchester City have swiftly ended any suggestions that Gabriel Jesus, Bernardo Silva and Riyad Mahrez could be included in a deal to bring Lionel Messi to the club.

Messi’s decision to hand in a transfer request almost broke the internet earlier this week, the patience of the six-time Ballon d’Or winner having seemingly been pushed to breaking point following a rare trophyless season that ended with a humiliating 8-2 defeat to Bayern Munich.

The Argentine is believed to be unhappy with the club’s board, while the appointment of Ronald Koeman as manager did little to appease him, the 33-year-old informing the Catalan club of his desire to leave.

Manchester City are believed to be the front-runners to sign the mercurial forward where he would be reunited with Pep Guardiola, the pair having helped transform Barcelona into one of the greatest club sides of all time a decade ago.

According to reports in Spanish publication, Sport, Manchester City were willing to offer Bernardo Silva, Gabriel Jesus and Eric Garcia as part of a player-plus-cash deal, as well as a fee of €100m, while Riyad Mahrez has also been suggested as a potential makeweight.

However, according to the BBC, City have moved to ‘quell talk of a mass exodus’ from the Etihad and have insisted that neither Jesus, Silva nor Mahrez will be leaving as part of any potential deal to bring Messi to the club.

Meanwhile, Sky Sports have reported that Messi is set for talks with the Barca hierarchy to discuss his exit, the forward believing that he should be allowed to leave for free – a situation Barcelona are understandably keen to avoid.

Messi’s release clause currently stands at a whopping €700 million, though he does have an exit clause in his deal which allows him to leave the Nou Camp for free if he notifies the club within 10 days of the end of the season.

The player and his lawyers are of the belief that the exit clause was still active when Messi informed the club of his desire to leave earlier this week, following the pandemic delayed end to the campaign. However, Barca’s board insist that the contract clearly stipulates they needed to be informed in June, and are adamant that any buying club will have to pay the full buy-out clause in order to avail of the services of their captain.