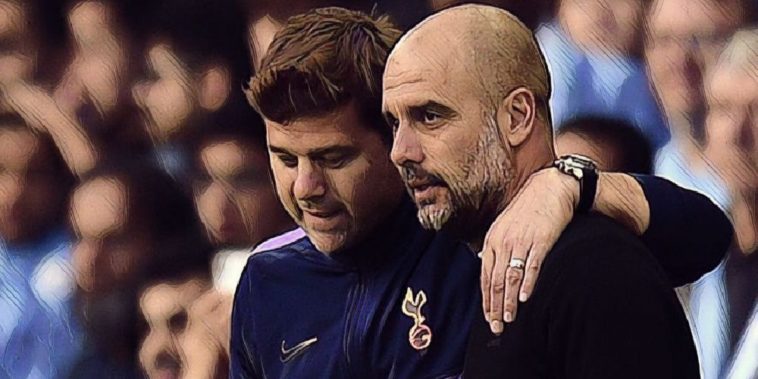 Mauricio Pochettino is being linked with Manchester City after a with Pep Guardiola’s contract apparently containing a ‘break clause’.

Guardiola signed an extension to his current deal at the Premier League champions last year, extending his initial contract until June 2021, though the Daily Mail have ‘revealed’ a break clause that will allow the Man City boss to leave the club at the end of the current season should certain stipulations be met.

According to the report, the City hierarchy are still ‘confident’ that Guardiola will honour the remainder his deal and stay at the Etihad, despite their disappointing start to the season which has seen the club fall 14 points adrift of leaders Liverpool in the title race.

However, contingency plans are being put into place should the City boss decide to call time on his career at the club, having never previously spent more than four seasons in charge of a club during spells at Barcelona and Bayern Munich.

The current campaign is Guardiola’s fourth in charge in Manchester, having guided the club to back-to-back Premier League titles and English football’s first domestic treble in the past two seasons.

However, the 48-year-old has shown growing signs of frustration during an indifferent period for the club in recent months, and former Tottenham boss Pochettino could be targeted as a potential successor should Guardiola opt to depart.

City officials are believed to be huge fans of the Argentine, who was sacked earlier this season just six months after guiding the North London side to a maiden Champions League final.

Despite his dismissal, Pochettino retains a strong reputation across European football and is likely to have no shortage of suitors as he plots a return to first-team management.