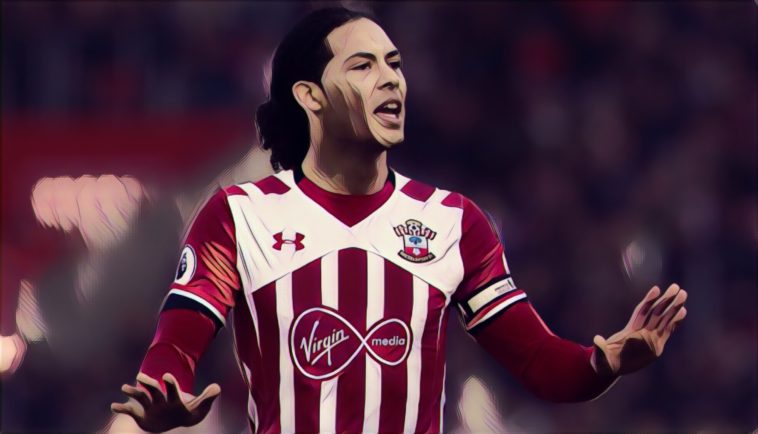 Manchester City have joined Liverpool in the race for the signature of 26-year-old Southampton centre-back Virgil Van Dijk.

Pep Guardiola has admitted he may look to strengthen defensively in January after losing John Stone for six weeks with a hamstring injury this weekend, according to reports in The Mirror.

Luckily for City, captain Vincent Kompany is currently fit although he has had so many problems with injury over the last few years that it would be a very risky strategy to rely on him to stay fit over the hectic Christmas and New Year period, so signing another top-class centre-back is probably the sensible option.

News of Guardiola’s interest in Van Dijk will not go down well at Liverpool. The Anfield club’s manager Jurgen Klopp is a huge admirer of the Saints stopper and made him his one and only central defensive transfer target last summer.

In the end however, despite Liverpool and the player trying to force through the move it ended in embarrassment for the four-time European champions and they were forced to publicly apologise for tapping the player up.

Van Dijk is a classy operator who has all the physical and technical attributes required to play for any top-six Premier League side and the bidding in January is expected to start at around £70 million.

The Dutch international has previously spoken of his desire to play under Jurgen Klopp, although the chance to work with Pep Guardiola and the larger financial package the Manchester club can offer may just sway things in their favour.