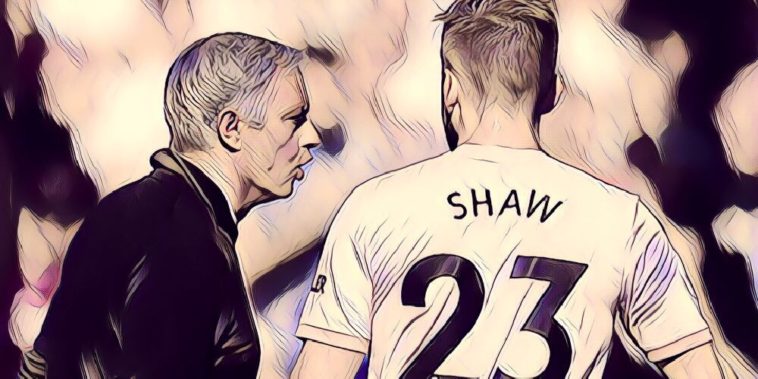 Luke Shaw has broken the mould of the modern day footballer by giving a pretty honest analysis of Manchester United’s performance against West Ham at the weekend.

Manchester United‘s defeat at the London Stadium on Saturday afternoon was their third of the Premier League season already, condemning the Red Devils to their worst start since 1989/90. Yes, that’s right, their start to this season has been worse than anything Mr Moyes or Mr van Gaal could serve up, a record which leaves them nine points off the top at this early stage.

While most footballers give the bog standard, generic analysis saying ‘we gave it our all’ or we just weren’t good enough on the day,’ Luke Shaw has described exactly what everybody at the ground and watching on the TV could see…describing it as a ‘horrendous’ and ‘awful’ performance.

“You want the truth? I honestly think it was horrendous,” he admitted after the game.

“We didn’t look like a team today that was going to beat West Ham. I think individually and as a team we were awful. That’s not good enough. It’s hard to take and we’re sorry to the fans for what they saw today.

“It was not good enough from a Man United team with all the talent we have.

“From the first minute you could see we weren’t winning the second balls and our duels. It’s hard to take. It just wasn’t good enough from us today. That shouldn’t be happening.

“Games like this we should be dominating, creating chances, showing people why we deserve to play for Man United and that didn’t happen today. It was very poor from us.”

United will be hoping to get their season back on some kind of track on Tuesday when they face Valencia in the Champions League at Old Trafford, a ground they have only won once at all season.