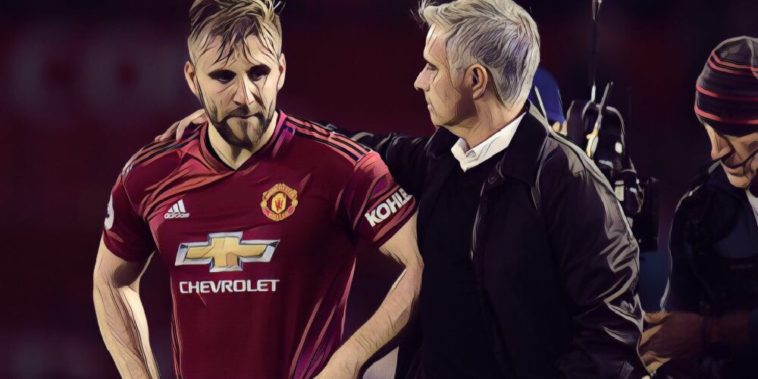 Luke Shaw has apologised to Manchester United fans after their latest defeat to Spurs.

Manchester United made a good start to the first game, creating a number of chances and restricting Spurs at the other end. However, after the break, all the hard work went out of the window as Mauricio Pochettino’s side hit a quick-fire double before Lucas Moura landed the hammer blow late on.

Speaking about the game, United’s Man of the Match Luke Shaw expressed his disappointment after they conceded ‘silly, stupid goals’:

“You look at the first half and I think we were outstanding,” he told MUTV. “We had a lot of chances to put the game to bed. Of the chances we had, [we should have scored] maybe one or two, then for me it would have been ‘game over’.

“We spoke at half-time and Jose [Mourinho] said they hadn’t had one corner, one cross or one dangerous opportunity. Then, from their first corner in the second half they had a goal, but even then we should have been relaxed because it was only one goal and we still had a lot of time. But then came another mistake, another silly, stupid goal. We were so on top and it is just really disappointing, everyone in the dressing room is really sad, especially after the first half we had.”

Despite the result, Manchester United fans stuck with their team and manager, with Shaw thanking them for their support:

“A big thank you goes to the fans for the way they supported us, even when we were down 3-0. It was amazing,” he continued.

“At the final whistle, the way they clapped the team was really respectful and that was nice for us as players to receive after a disappointing result. To the fans that came out tonight, we are sorry and we will be better next week, we will improve, we will keep working hard.

“It is early in the season, we have got a lot of games to come and we have got to get points. Tonight’s result wasn’t good enough. I am sorry to the fans, not just the ones here but those at home that watched and supported us, but we will look at that over the next week and bounce back against Burnley.”