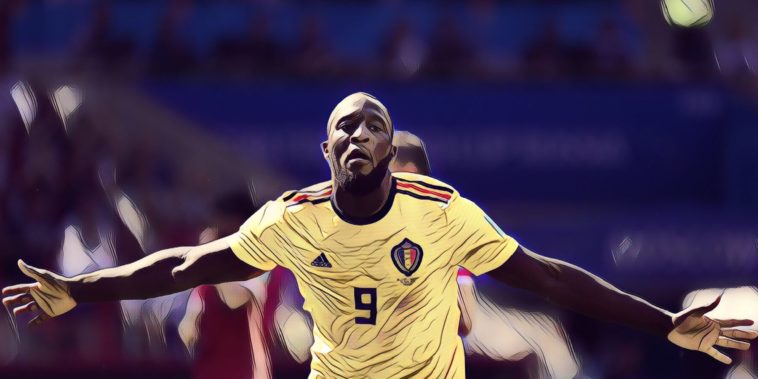 Romelu Lukaku is not focussing on winning the golden boot, but is hoping that his goals can fire Belgium to World Cup glory according to Roberto Martinez.

The Manchester United striker has been charged with leading the line for Belgium at this summer’s World Cup, and the Red Devils are one of dark horses to win the tournament over in Russia this summer

They have started their campaign in fine form, comfortably winning their opening two matches to put them firmly in charge of Group G. Lukaku has been key to their success so far, after he scored a brace in both games to date, putting him level with Cristiano Ronaldo at the top of the scoring charts with four.

While his goals are crucial to Belgium’s World Cup hopes, former Everton boss Roberto Martinez says the Man Utd number 9 is only focussing on winning footballs most prestigious prize, and not on the golden boot:

“He will tell you that he’s not here to be the top goalscorer in the World Cup,” Martinez told journalists before Belgiums 5-2 victory over Tunisia.

“He is here to try to help the team to win and fulfil his role. His role is someone who can score goals.

“I think his role now with the national team has become that. I think before there was some confusion.

“When you ask him to do too many things he’s not good at, he becomes a bit diluted in terms of his performance.

“I think Rom knows now what his role is, like I hope every other player does on the pitch, because that’s the only way we can become a team.

“I wouldn’t expect any player to work towards an individual award in this tournament.

“The players know exactly what they have to do in order to help the team become a winning team.”

Lukaku has a chance to extend his goal scoring run against England in their final group game next week.