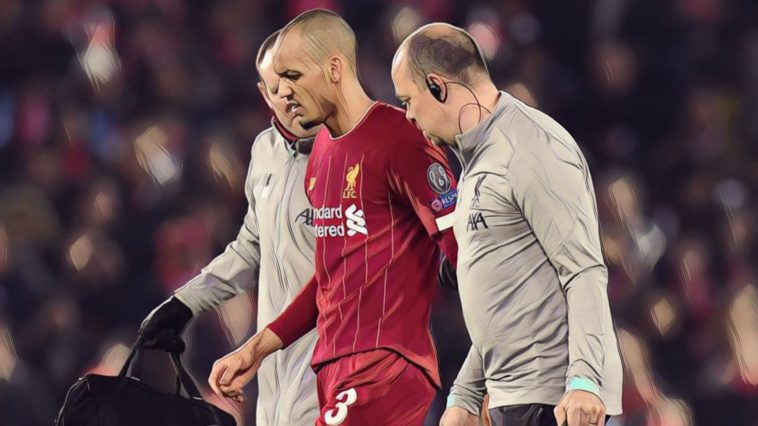 Liverpool manager Jurgen Klopp insists his side can cope without the injured Fabinho, following confirmation that the midfielder will miss up to eight weeks with ankle ligament damage.

The Brazilian international was substituted early on in the midweek Champions League draw with Napoli at Anfield, the club now confirming that the 26-year-old is set for an extended period on the sidelines.

Fabinho has been amongst the club’s star performers during an impressive start to the season, playing in all but one of the club’s fixtures so far as Liverpool have opened up an eight-point advantage at the top.

The former Monaco midfielder’s absence will come as a major blow ahead of a congested run of fixtures for Klopp’s side, though the German insists his squad possesses the quality and depth to cover the loss.

“It’s absolute bad news. I have nothing good to say about that,” Klopp told the assembled media on Friday afternoon.

“I’m not sure how long it’ll take but it’s looking like he won’t be involved in the Christmas fixtures.

“It was my main problem after the game but we have solutions and replacements for him.

“We can play without him. We are not the only team with injury players. We have to deal with it and we will.”

Liverpool host Brighton & Hove Albion in the Premier League this weekend as they look to maintain their lead at the top.

Graham Potter’s side currently sit 12th, with the Seagulls looking to bounce back after consecutive defeats to Manchester United and Leicester City in recent weeks.

See Also: The best assist to goal partnerships after 13 games