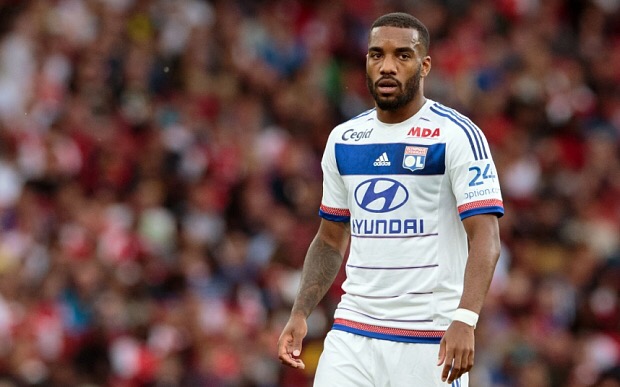 Liverpool are ready to step up their interest in Alexandre Lacazette as they prepare to open talks over a transfer according to reports.

The Lyon striker has been linked with a move away from the Ligue 1 club and had been expected to move to Atletico Madrid this summer. However all that has changed after the Spanish side saw their appeal against their transfer ban rejected by the Court of Arbitration for Sport. Although this doesn’t mean they can’t sign any players this summer, it does mean they cannot register them until January, meaning the player can not play.

The prospect of not playing for almost six months will not be a particularly tempting prospect for any player, especially given the upcoming World Cup in Russia next summer.

This has opened up a number of Premier League clubs who are once again hoping to complete the capture of Lacazette, including Manchester United, Arsenal and Liverpool.

The Daily Express claim that Liverpool are hoping to take a lead in the negotiations as they plan to meet the players representatives in the next week.

Lyon chairman Jean Michel Aulas claimed last week that there was still a possibility that the player could remain at the club until January before finally moving to Atletico Madrid, something the club would love to see happen.

Having already expressed his desire to leave, Lacazette could be available for around £50m this summer. The 26-year-old scored 37 goals in all competitions this season making him one of the most sought after strikers in Europe.