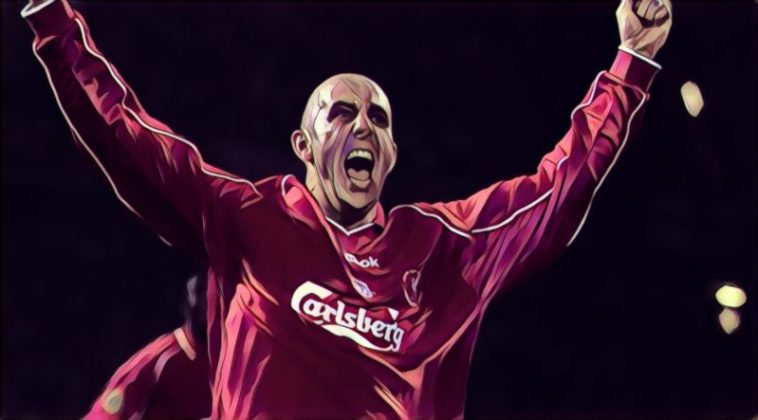 Pep Guardiola’s record breaking side will travel to Anfield to face his old foe Jurgen Klopp’s men on Wednesday in the first leg of what promises to be a fantastic spectacle of high intensity attacking football.

McAllister was part of the Liverpool side that won the FA Cup, UEFA Cup and EFL Cup in 2001, and the 53-year-old reckons his former club have a good chance of reaching the semi-final stage.

“All the teams in the last eight have great tradition and history and the mentality of these clubs is no different to Liverpool,’ McAllister told the Press Association.

“When you get into the last eight, everyone will think they can win and it just takes a moment of magic to split these teams because they are all good teams.”

“As an ex-Liverpool player I’ve been fortunate to see Jurgen (Klopp) going against Pep Guardiola’s Manchester City the last couple of seasons and there have been some great performances and great results.”

“Yes we lost 5-0 (at City in September) but that hinged on the sending-off of Sadio Mane so there’s no doubt the games will be tight and it will be split by something special in my eyes.”