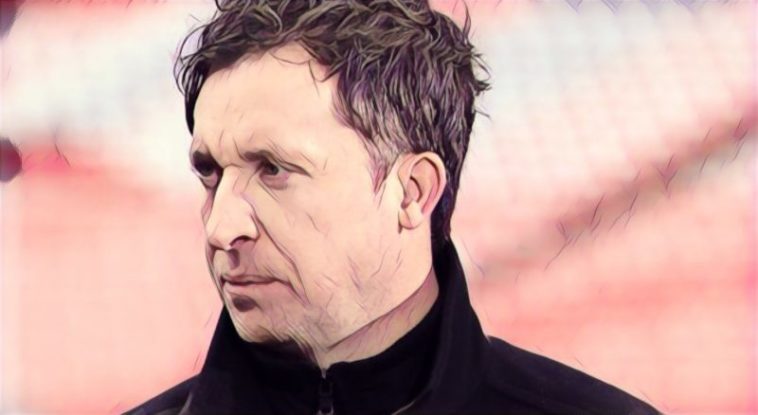 Robbie Fowler has revealed his apprehension ahead of Liverpool’s crunch ties with Manchester United and Bayern Munich this week.

The Reds got back to their brilliant best in the recent 3-0 win over Bournemouth in the Premier League, but with no cup action for them at the weekend, the club took the break as an opportunity to do some warm weather training last week in Marbella.

While manager Jurgen Klopp finds the time off beneficial to the squad, former Liverpool striker Fowler is discernibly negative about the break between games.

‘Another break for Liverpool – another chance for them to lose their rhythm in my eyes,’ Fowler writes in the Mirror.

‘Look, I must admit with all the injuries they had, they’ll have been able to use the time off to get some players back fit and get their training organised, and work on things.

‘Yet you know my feelings on momentum and playing. I hated not being involved in games when I was a player, I hated being rested.

‘I’d much rather win and take the energy and rhythm from that … just as Manchester City have done in recent weeks.”

Fowler believes the team’s mini-hiatus could affect the side’s performances, as it did in the two games prior to the Bournemouth win, ahead of two potentially season-defining games this week.

‘I’m a bit apprehensive about which Liverpool we will see next week against Bayern Munich and Manchester United.

‘There was absolutely no doubt they lost a bit of rhythm after the last break, which cost them points against Leicester and West Ham.

‘They looked a little rusty. I hope the same thing doesn’t happen this time. But I will say Jurgen Klopp will be aware of that, and will look at what worked and what didn’t at the last training camp.

‘They’ll also have the Kop in full European night voice too, which tends to blow the cobwebs away – so maybe I don’t have to worry so much about momentum this time!’