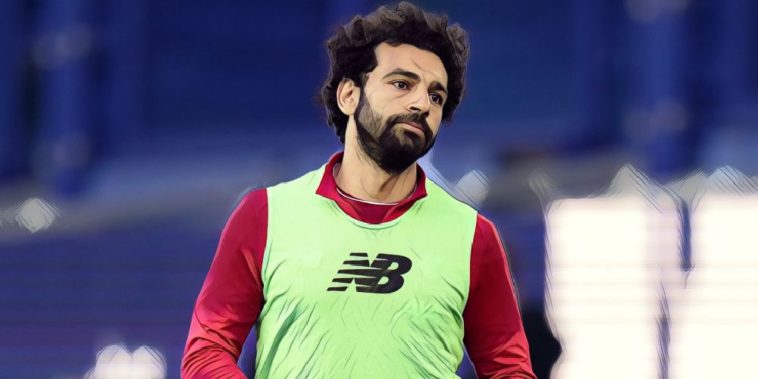 Liverpool have been dealt another blow following the news that Mohamed Salah has tested positive for coronavirus whilst on international duty with Egypt.

The forward had linked up with the national side for their African Cup of Nations qualifiers against Togo this week but will now miss the clashes after receiving a positive Covid-19 test and will be required to undergo a period of self-isolation.

It’s yet another blow to the Premier League champions who saw Joe Gomez ruled out for the majority of the season after suffering a serious knee injury in training with England this week, the centre-back joining a growing list of absentees that also includes Virgil van Dijk, Trent Alexander-Arnold, Fabinho and Alex Oxlade-Chamberlain.

Revealing the news, a statement from the Egyptian FA read: “The medical survey conducted on our first national football team mission showed that our international player Mohamed Salah [of] Liverpool was infected with the coronavirus after his survey came back positive.

“Although he is not suffering from any symptoms, the rest of the team tested negative.

“Our international star was subjected to the medical protocol after the coordination of the national team doctor, Dr. Mohamed Abu Alala, with his English club Liverpool.

“In addition to isolating him inside his room and also isolating all those involved, our star is undergoing more tests in the next few hours.”

Salah will now be required to spend a fortnight in self-isolation and will miss next weekend’s crunch clash against league leaders Leicester at Anfield, whilst he could also be absent for the Champions League meeting with Atalanta four days later.

The 28-year-old has been in scintillating form over the opening weeks of the campaign and is the joint-leading scorer in the Premier League at present, Salah having scored eight goals in eight appearances in his pursuit of a third career Golden Boot.