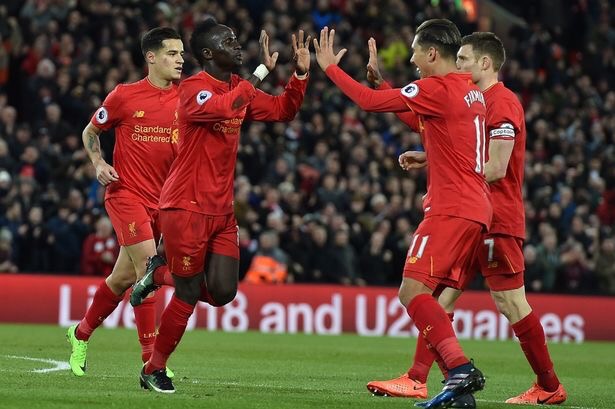 This was a must win game for both sides and in the end it was Liverpool who came out on top. The Reds beat Arsenal 3-1 at Anfield to go third in the table and knock Arsenal out of the top four. Here are five things we learned during the match.

Liverpool turn up in a big game yet again

Liverpool cannot beat the likes of Leicester, Hull or Swansea but they are unbeaten against the other sides currently in the top six. They have earned 19 points in those matches. Arsenal have the worst record with just five points. If Liverpool could be more consistent against the teams in the bottom half of the table, they really would be a force to be reckoned with.

For some unknown reason, Alexis Sanchez was left on the bench against Liverpool. Arsenal were incredibly poor in the first half. They were second best in every department to a rampant Liverpool side and two goals down at half-time.

Alexis came on for Francis Coquelin at half-time to try and turn the game around. From the minute he came on, Sanchez was involved and creating chances. Twelve minutes into the second half, Arsenal got a goal back through Danny Welbeck. Who provided the assist? None other than Alexis Sanchez.

Leaving your best player on the bench in a crucial game like this rarely ever pays off. Goodness knows what point Wenger was trying to prove by dropping him to the bench, but it certainly didn’t work. In fact, it almost certainly cost Arsenal a vital three points.

Before the game, Arsene Wenger said that he went with Giroud and Welbeck up front because “we need to be a bit more direct and strong in the air.”

This backfired completely. Both Welbeck and Giroud were substituted in the 74th minute. Welbeck scored to give Arsenal hope but Giroud was ineffective for the majority of the game and did not make the most of his opportunity.

Alex Iwobi should not be starting ahead of Lucas Perez

Lucas Perez has not been given a regular run in the side since he joined unlike Alex Iwobi who starts regardless of form. Iwobi is a young talent but he has a long way to go before he is a top quality player. The Nigerian youngster is ponderous on the ball, slow to react and rarely tracks back, putting his team in danger at vital moments. At this moment in time, Iwobi should not be starting for Arsenal week in week out.

Just like Arsenal with Alexis, Liverpool are so much better when Mane is playing. The Senegalese striker scored Liverpool’s second goal as they were victorious over Arsenal. Mane has scored and assisted in four Premier League games this season which is more than any other player.

This season, Mane scored the winner against Everton in the Merseyside Derby. He also scored against Arsenal (on both occasions), and won the game for Liverpool against Tottenham in February when he scored both goals.

Sadio was rightly awarded the man of the match in this game after another stellar performance.