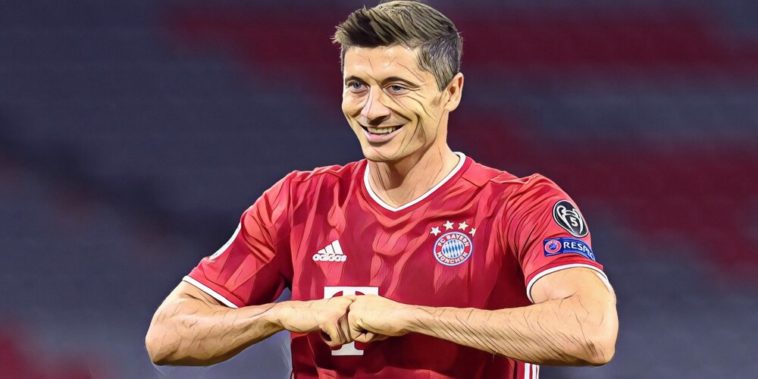 Robert Lewandowski has revealed he was ‘ready’ to join Manchester United following a ‘conversation’ with Sir Alex Ferguson over a potential move in 2012.

Lewandowski has flourished into one of the game’s greatest goalscorers in recent years and was recognised as the world’s finest footballer after being named Men’s Player of the Year at the Best FIFA Football Awards earlier this month.

The Poland international is the highest-scoring non-German player in the history of the Bundesliga and has won a wealth of major honours since moving to Bayern Munich six years ago, though the 32-year-old has revealed how close he came to a Premier League switch two years earlier.

Lewandowski had enjoyed a prolific second season at Borussia Dortmund to fire the club to the Bundesliga title and has revealed how he held talks with former Manchester United manager Ferguson, admitting he was keen on a move to English football following a ‘conversation’ with the Scot.

“After my second year in Dortmund, I had a conversation with Sir Alex Ferguson,” he told France Football.

“He wanted me to come to Manchester.

“I was very interested. I can even say I was ready. But Dortmund didn’t want to let me go.

“It didn’t upset me more than that because things were going well with Borussia.”

United instead moved to sign Robin van Persie from Premier League rivals Arsenal, with the Netherlands international arriving in a £24m deal and winning the division’s Golden Boot during his maiden campaign as the Red Devils were crowned as champions.

It proved to be the final season of Ferguson’s career before announcing his retirement from the game, whilst Lewandowski remained with Dortmund for a further two seasons and helped the club to the Champions League final before signing for Bayern on a free transfer in 2014.

Lewandowski has since 266 goals in just 307 appearances for the Bavarians and has won six league titles and the Champions League amongst his honours, with only the legendary Gerd Muller having ever scored more goals for the German giants.

Read – Premier League Team of the Week for gameweek 14