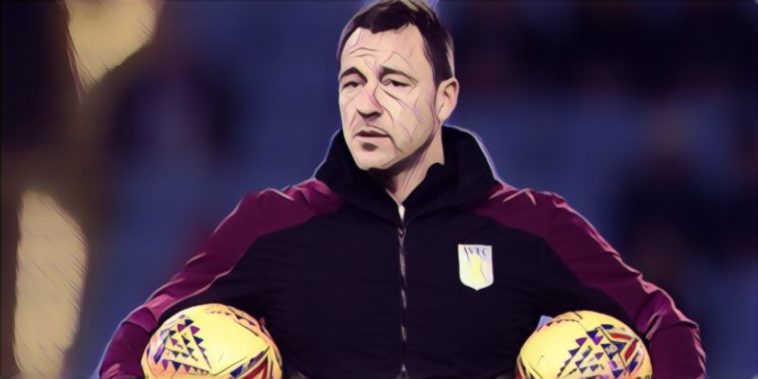 Frank Lampard says John Terry is ‘destined to be a manager’ amid speculation linking the former Chelsea captain with the vacant managerial position at Derby.

Terry is understood to be amongst the frontrunners to take charge of the struggling Championship side following the dismissal of Phillip Cocu, with another former England captain Wayne Rooney currently in charge of the Rams on an interim basis.

Derby are considering their options with the club currently bottom of England’s second tier, with Terry a leading candidate to move into a first senior management position.

The 39-year-old has been working as part of Aston Villa’s coaching staff since announcing his retirement from the game two years ago, though is keen to take his first step into management should the right opportunity present itself.

Lampard began his own managerial career with Derby and believes the potential appointment of Terry could be a ‘great opportunity’ for both club and coach, insisting his former Chelsea teammate will be ‘hungry’ and ‘ambitious’ to succeed in management.

“Yes. I think John is destined to be a manager,” Lampard said at a pre-match press conference ahead of his sides UCL clash with Sevilla.

“He is working very well alongside Dean [Smith] at Aston Villa, so he will have been learning a lot. But he has experience from the game as a player and I know from playing alongside him what he has to offer.

“It is a great opportunity potentially for him, if true, and for Derby. I have a lot of affection for Derby from my time there.

“John will be a hungry, ambitious manager whether it is Derby or whatever other opportunities come his way. He is going to be a fantastic coach in my opinion.”

Read – Donkeys: Five Premier League players who ‘had a mare’ this weekend