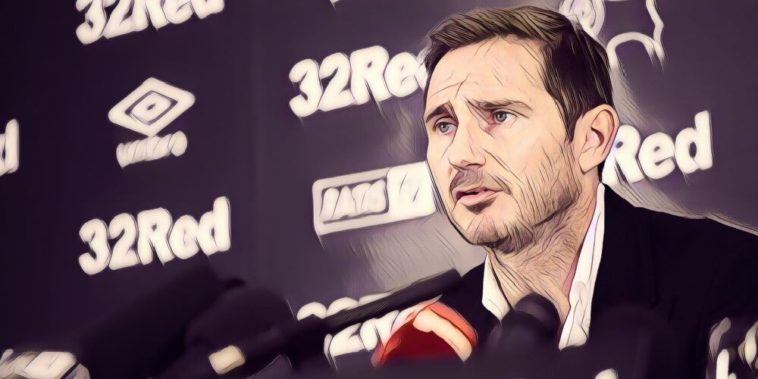 Frank Lampard has refused to be drawn on Paul Pogba’s latest comments, as he fears a backlash from the Manchester United midfielder in tonights Carabao Cup third round tie.

Lampard takes his Derby County side to Old Trafford tonight where he will come up against his long-time mentor Jose Mourinho who he worked with so successfully during the Portuguese’s two spells in charge at Chelsea.

Now at Manchester United, Mourinho is struggling to restore the Red Devils back to their former glories, with £89 million midfielder Paul Pogba urging his manager to allow the players to attack in the wake of their disappointing draw with Wolves this weekend.

However, Lampard has refused to be drawn on the Frenchman’s comments ahead of tonight’s match.

“I’m not going to be the one who gives Paul Pogba any advice a day before we go to Old Trafford,” said Lampard in his pre-match press conference.

“It would be a great headline if he scores a hat-trick, so don’t ask me!

“I had a mantra where I didn’t like to speak too much because I made a few mistakes with things I said in younger days,” he said.

“When you play, you do the best that you can, and when you speak, you have to be careful what you say.

“Everyone is different – some wear their heart on their sleeve, some might have reasons for saying things the way they do, but you should only be judged by what you do on the pitch.

“After a negative result, I was always particularly careful what I said.”