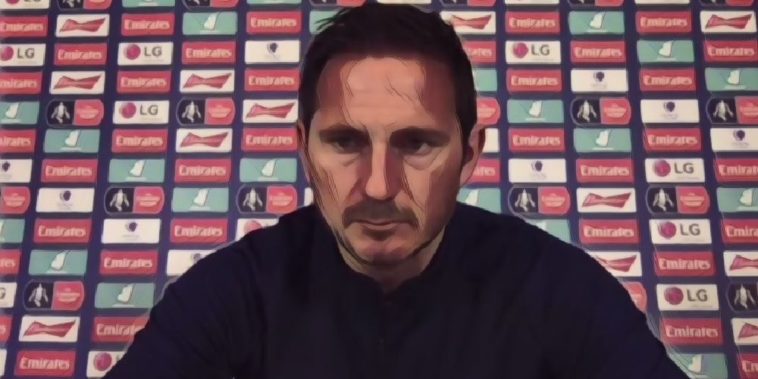 Frank Lampard has warned Chelsea to be ‘on guard’ when they host League Two Morecambe in the FA Cup’s third round this weekend.

Chelsea have won just once in their past seven fixtures in all competitions with the pressure having increased on Lampard in recent weeks, the west London side having dropped to ninth in the Premier League following an indifferent festive period.

The Blues begin their FA Cup campaign this weekend when they face fourth-tier Morecambe at Stamford Bridge, with the Premier League outfit heading into the clash as overwhelming favourites to end their recent winless run.

Morecambe have begun their league campaign impressively after finishing 22nd in League Two last season, sitting seventh in the division to raise hopes of an unlikely promotion push.

Lampard – who guided the club to the final of the competition last season – is expected to rotate his options but has warned his side against complacency and says Chelsea must be ‘on guard’ to avoid an upset.

Speaking at his pre-match press conference, Lampard said: “No matter form, team, status, the FA Cup has a magic that’s been there forever which means underdogs will turn up and make it difficult.

“With our current form, we have to be even more on guard.”

Chelsea have called up five teenagers to their first-team squad this week with Lampard expected to make a raft of changes on Sunday, with Lewis Bate, Tino Anjorin, Henry Lawrence, Tino Livramento and Jude Soonsup-Bell all in line to feature after training with the senior side.