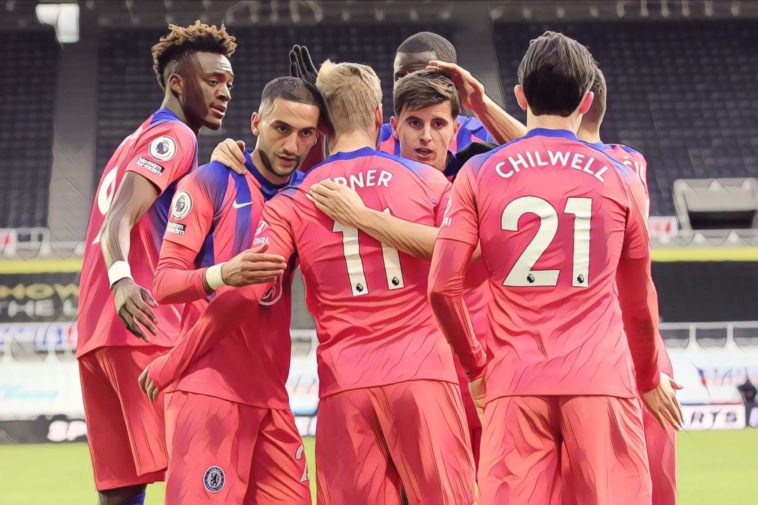 Frank Lampard has praised Chelsea’s ‘professional performance’ after the club continued their fine form to move top of the Premier League with a 2-0 win at Newcastle.

Chelsea ended a wretched recent record at Newcastle to secure a comfortable victory at St James’ Park, with centre-back Federico Fernandez’s own-goal opening the scoring for the dominant visitors.

Lampard’s side were rarely troubled and threatened throughout as the home side struggled to deal with their abundant attacking options, Tammy Abraham scoring for the third successive fixture to seal victory in the second half after being played in by Timo Werner.

Victory made it five consecutive victories for the west London side in all competitions and moved Chelsea top of the Premier League ahead of this weekend’s remaining fixtures, with Lampard pleased to secure another positive result as his new-look side continue to show encouraging signs of progress.

”We can’t have it all our own way, but we put the game away with a professional performance,” he told BT Sport.

It could have been more for Frank Lampard's side, but it's enough to send them 🔝 of the Premier League! pic.twitter.com/m57tGactwa

“First 20 minutes we were great, we had control and all the possession.

“They came out in the second half and I always felt that the real danger from us would be on the counter.

“You saw that with Timo (Werner) on the break and then setting up Tammy (Abraham’s) goal.

“It’s very easy to play the safe pass but we had to keep making the runs and efforts to get in there.

“We played well, the result is key because the Premier League is tough and relentless. I thought the lads dealt with the challenge today and I’m really pleased.

“It’s pleasing, but I’m not going to get excited about being at the top of the table for five mins. It’s a long season.”

Chelsea next travel to face Rennes in the Champions League on Tuesday night, whilst Newcastle return to action when they face Crystal Palace at Selhurst Park on Friday evening.