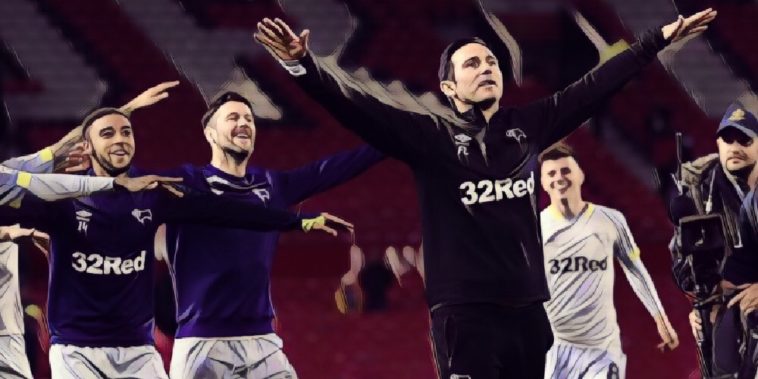 Frank Lampard has admitted that he is shell-shocked after his Derby County side came from behind to beat Manchester United on penalties at Old Trafford.

In a game that was billed as Master v the Apprentice, with novice manager Frank Lampard going up against his former boss at Chelsea, Jose Mourinho, it was the newcomer who got the better of the game, with Derby dumping a 10-man Manchester United out of the Carabao Cup.

Speaking after the game, Lampard couldn’t help but express his surprise at the result, but also couldn’t praise his valiant Rams players highly enough:

“I’m shell-shocked. What a performance. To go down early at Old Trafford and play as well as they did was superb. We had the personality to take penalties and play the way we did. I am a proud manager,” Lampard told Sky Sports.

“It was the easiest selection I have had, the players were superb against Brentford and they deserved the chance to play at Old Trafford. I wanted to bring a team who could really compete. I am so proud of them.

“I am trying to build a group to be successful and nights like this are incredible. To go against world-class players and play that way, it’s right up there.

“Harry Wilson does do that in training, he proved me wrong as I thought it was too far out. Both he and Mason Mount are going to go a long way.”