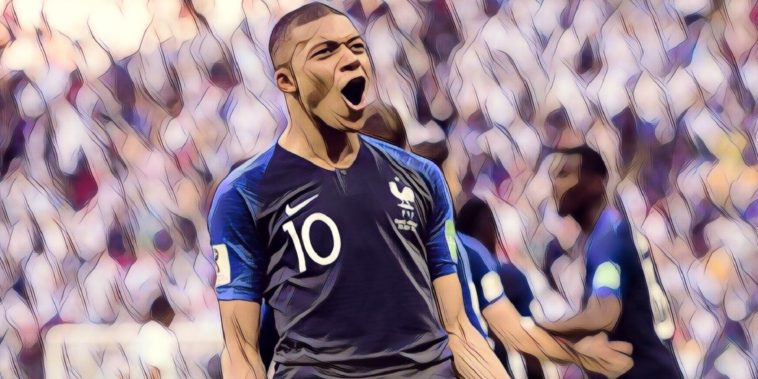 Kylian Mbappe has said that he rejected the overtures of Arsenal 18 months ago, but also revealed why he is still following the Gunners’ progress.

19-year-old Mbappe is one of the most highly rated players in the world after impressing for both Monaco and PSG, as well as on the international stage for France.

He swapped Monaco for PSG in the summer of 2017, initially on a season-long loan, before making a permanent £160 million switch 12 months later. However, he was linked with a number of other clubs around Europe, including virtually all of the Premier League‘s big six, and he has now revealed he turned down a move to Arsenal, despite holding talks with Arsene Wenger.

“He is a real French football monument who has left Arsenal. I have not seen many people in this world being viewed in such a unanimous way,” Mbappe told France Football.

“When the entirety of Europe gets on its knees in front of him to celebrate him, that certainly means something.

“A little while ago, before I signed for PSG, we were in contact in 2017. I chose a different direction but he wasn’t annoyed at me. He was a gentleman about it and wished me good luck.”

During his first season at PSG, Mbappe worked under Unai Emery, who is of course now in charge at the Emirates, and the 19-year-old added that he has a lot of respect for the Spaniard, and is keeping a close eye on his progress in the Premier League.

“I do not forget that he helped me adapt to this big team, which was not easy,” Mbappe added.

“I have a lot of respect for this man even if he did it not succeed in Paris. He won titles before and I hope he wins them again after. I sent him a congratulatory message when he signed for Arsenal, and now, I am following from afar.”