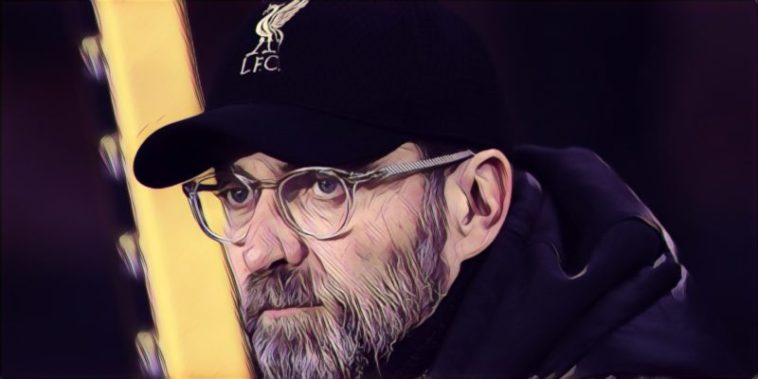 Liverpool boss Jurgen Klopp accepted responsibility for his side exiting the FA Cup tonight after losing 2-1 to Wolves at Molineux.

Mexican striker Raul Jimenez would give the home side the lead against an inexperienced Liverpool in the 38th minute, although Reds attacker Divock Origi would draw the scores level six minutes into the second-half.

However, just a few minutes after Liverpool’s equaliser Wolves Portuguese midfielder Ruben Neves would settle the tie with a sensational 30 yard striker and put Wolves into the draw for the fourth round.

Speaking after the game Liverpool boss Jurgen Klopp admitted his side lacked rhythm due to the nine changes he made from the team that lost to Man City in the Premier League last Thursday night.

“All these things that came out are really my responsibility, so it’s about rhythm. Of course, you know they have rhythm. Div, can he have rhythm? No, not really. Daniel, maybe a bit more. Alberto, no, no rhythm. That of course doesn’t help footballers against a [tough] opponent” Klopp told the post match press conference.

“We played Wolves here two or three weeks ago and they are really strong. We won, yes, but we knew it was really tough here. Now we played today, they didn’t change a lot – if they changed something – so that’s not easy. Do I expect? I always expect a lot more from the players. Do I think they could have delivered [more] today? I am not 100 per cent sure. It’s not my job to say now, ‘that was not good enough, that was not good enough’ because I know they can do much better.

“I changed a lot because I thought we had to, not because I wanted to and to say, ‘come on, let’s have a look at how that works’ because it was clear Wolves would not change a lot. The problem is, we played a similar line-up and had three tough games in the last couple of weeks, so it was clear we had to change. That’s it, that’s all.”