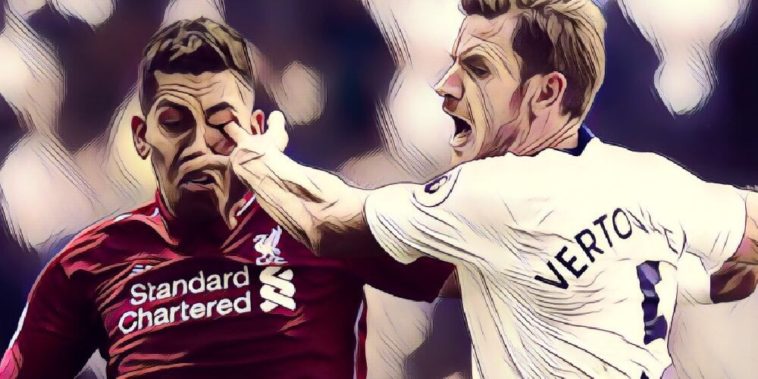 Jurgen Klopp is hopeful that Roberto Firmino recovers from his eye injury in time to face PSG on Tuesday night.

Firmino was on the receiving end of a pretty nasty looking eye injury from Jan Vertonghen during Liverpool’s 2-1 win over Spurs at the weekend, although fortunately for the Brazilian there is no long-term damage.

Having reached last season’s Champions League final, Liverpool resume their European adventure on Tuesday night, with French champions PSG bringing their wealth of talent to Anfield, and Jurgen Klopp has admitted he is hopeful his number 9 will be available:

“No, not definitely. If we played today, no chance but we all hope that there is a chance until tomorrow.

“So that is good news, that he will be close for the game, because when everybody saw the picture after the game we were all shocked.

“When we had first-time contact with him again he was in hospital, it was a big relief for all of us.

“[It is] painful. Nobody wants to have that. Nobody needs that. He will be fine. We only don’t know exactly when.

“So another 30 hours roundabout until the game and we will see how it develops.”

If Firmino is not available, Daniel Sturridge is expected to make a rare start.