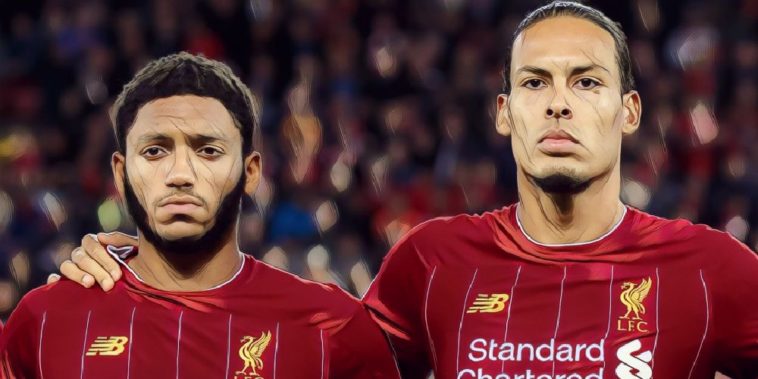 Jurgen Klopp has hailed Liverpool’s sensational defensive partnership between Virgil van Dijk and Joe Gomez as the club continued their unbeaten start to the season with a 2-0 victory over Watford at Anfield.

The Premier League leaders extended their advantage at the top to ten points following a hard-fought victory over Nigel Pearson’s side in difficult conditions, Mohamed Salah scoring twice to earn victory.

Klopp opted to rotate his squad ahead of a congested run of fixtures with James Milner operating at left-back and Joe Gomez returning to partner Van Dijk at the heart of the defence, and the Liverpool boss was full of praise for the latter’s performance following a frustrating period for the England international.

“Joe [Gomez] got that bad injury which took him out for a while. And in a very good team which we obviously are, the train doesn’t wait,” Klopp said at his press conference after the 2-0 win over Watford.

“That means other players showed up, and I don’t think anybody thought really we should put Joel [Matip] on the bench. It is just that the boys are incredibly talented.

“But these two, Joe and Virg, they like each other a lot, and they can play sensationally well together.”

Gomez began last season as a first choice before suffering injury and losing his place to the impressive Joel Matip, the 22-year-old having struggled to regain his position as an automatic starter in recent months.

Klopp says he has spoken with the defender regarding his position, and praised Gomez’s performance in dealing with the physical threat of Watford, Troy Deeney in particular.

“Oh, we spoke a lot,” Klopp explained. “Last year, at the start of the season the partnership was Joe and Virgil, and they did exceptionally well.

“He hasn’t played consistently for a while. But he has improved a lot there, and that’s all good. Football-wise, he’s an exceptional player, but you could see he had to fight, and fight to keep concentrated.

“Today was an especially difficult game – Deeney! – and as you can imagine they play the ball in one direction. The balls that came into Virgil were only because of the wind, all the others came to Joe, and Deeney goes up.

“But from this outstanding skilled boy who has this kind of improvement in these moments, he showed resilience. They all showed again the resilience. We really showed again we are ready to fight in each game.”

Liverpool will now take a youth squad to face Aston Villa in the League Cup quarter-finals on Tuesday night, with Klopp taking the majority of his senior stars to the Club World Cup in Qatar, where the European champions will begin their campaign against Mexican side Monterrey on Wednesday evening.

See out – Premier League Team of the Week for Gameweek 17