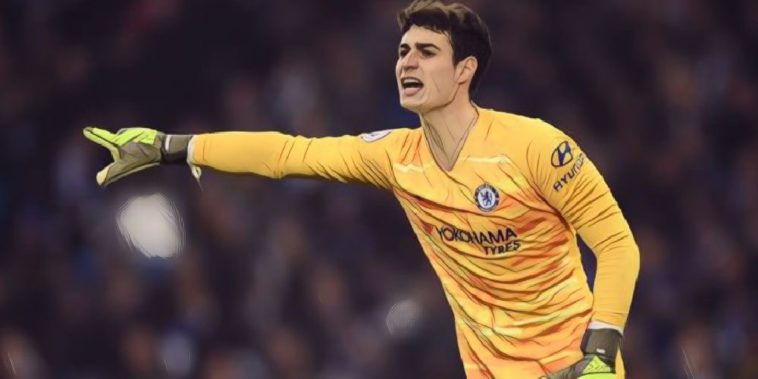 Kepa Arrizabalaga is set to be recalled to the Chelsea side ahead of the club’s crucial clash against Manchester United on Monday night.

The world’s most expensive goalkeeper has come under fierce criticism for his performances of late, with the Spaniard dropped to the substitutes bench in favour of Willy Caballero for the draw at Leicester prior to the Premier League‘s winter break.

Chelsea manager Frank Lampard has since ‘discussed the situation’ with the 25-year-old regarding his position as the club’s number one during the mid-season break, and the goalkeeper believes he will reclaim his place in the side ahead of their huge meeting with Man Utd at Stamford Bridge.

According to the Sun, Kepa ‘believes’ Lampard’s decision was simply a ‘wake-up call’ following his below-par showings, the former Athletic Bilbao goalkeeper currently possessing the lowest save percentage of all regular top-flight goalkeepers so far this season.

His claims for a recall were boosted as veteran deputy Caballero failed to cover himself in glory during the draw at the King Power Stadium earlier this month, the Argentine being blamed for Leicester‘s second goal during the 2-2 draw with Brendan Rodgers side.

Kepa is now keen to regain his place and put a difficult spell behind him, with fourth-placed Chelsea hosting a Manchester United side just six points behind them on Monday night, in a fixture which could potentially prove decisive in the race to secure Champions League football.