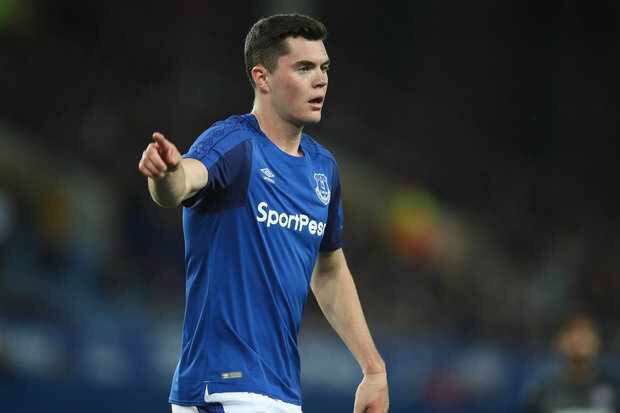 Michael Keane has revealed why he decided to move to Everton rather than rejoin Manchester United.

The England international was one of the most sought after defenders in this summer’s transfer window following some excellent performances for Burnley and latterly at International level last season.

He eventually moved to Everton in a £25m move, despite interest from Liverpool and Manchester United, and in an interview with The Times, the 24-year-old has explained his decision to move to Goodison Park.

“They (United) were in touch with my agent and showed a lot of interest.

“They wanted me, but a few things happened and I thought Everton would be the best place for me to come.

“I thought I would get a lot of game time here, more than I possibly would at Manchester United, and that was a massive factor in my decision.

“To be honest, having been at Burnley for three years, I wasn’t a fan of the club like I used to be. I wasn’t as big a fan of Man United as I had been, so I had to sort of put that to one side and just think rationally about what would be best for me as a footballer.

“My family are all Man United fans so it was not an easy decision. My dad would have been delighted if I had signed for United. But he is glad I have come to Everton and not Liverpool, put it that way.”

“United are one of the biggest clubs in the world and it is not an easy decision to make.

“I thought about it all throughout the summer and a bit longer. I spoke to my family, friends, agent, I got advice from people I used to work with at United. Loads of different people.

“In the end, I came to the decision of joining Everton and I am thankful I did that because it is going to be the best thing for me in the long run.

“We have had games where we’ve played well and a few games where it hasn’t gone so well. But I am young and learning and that is going to be good for me. While they [defeats] are not enjoyable, you go through them and learn and it will make me a better player.”

Keane has a chance to impress his former employers on Sunday as United host Everton in the live game on Sky Sports Premier League.