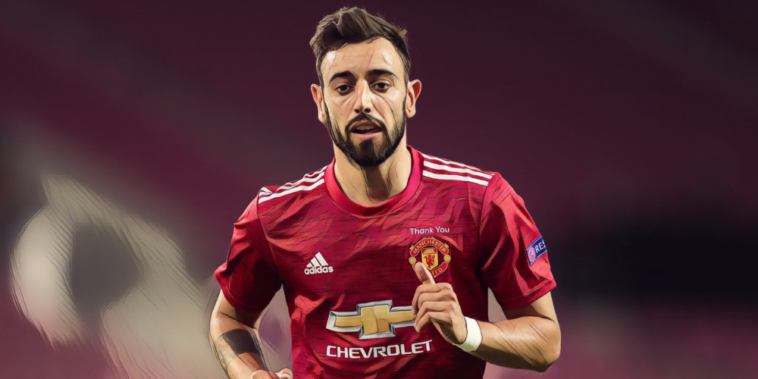 Fernandes has made a huge impression since joining Manchester United almost a year ago, inspiring the side into the Champions League places last season and setting a new record for goal involvements for a midfielder over a calendar year.

The Portuguese international’s impact has been likened to that of club great Cantona, whose signing from Leeds in the early nineties is widely viewed as the catalyst behind United’s early dominance of the Premier League era.

Keane played alongside the iconic French forward and has discussed the recent comparisons, though says Fernandes should not be compared to Cantona until he proves he can influence the biggest games and win trophies.

Ole Gunnar Solskjaer’s side crashed out of the Carabao Cup’s last four at the hands of Man City for the second successive season, with Fernandes producing a disappointing display as goals from John Stones and Fernandinho earned the visitors a fourth consecutive final appearance.

“Fernandes has had great praise and over the past month people have been comparing him to people like Eric Cantona et cetera. But Cantona [won trophies].

“Fernandes didn’t really do much tonight. The top players turn up on the big occasions, and that’s what the Cantona’s used to do to get their hands on trophies. And that’s where this team is a little bit short.

“They’ll probably need one or two more players to come into the squad, no doubt, and the mentality they need – maybe the confidence of winning this semi-final to get them over the line and then you get momentum. And they just didn’t quite have it tonight.

“But credit to City. United were up against an outstanding Manchester City team tonight who turned up and put on a good show.”