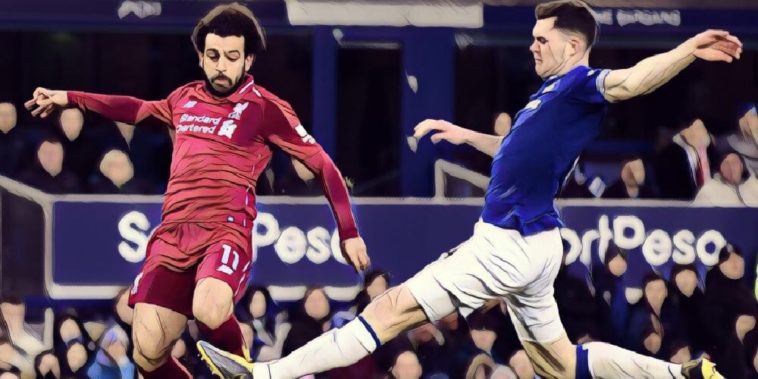 Nobody wants to see their rivals taste success, and Michael Keane has said that Everton are no different, having helped to dent Liverpool’s title hopes in a pulsating Merseyside derby this afternoon.

It was a game of two halves at Goodison Park, with Liverpool having the best chances in the first half, with Everton coming back in the second, backed by their ferocious home support.

While Liverpool’s Virgil van Dijk thought that the Reds deserved to win, Everton defender Michael Keane thought that the 0-0 draw was ‘a fair result, saying that the Goodison Park Faithful gave his side a lift.

“I think it was a fair result, not too many chances were created by either team. The fans were brilliant today and got behind us from the warm up. They are difficult to play against, press well but we defended as a team and stuck in it when under pressure,” Keane told BBC’s Match of the Day.

“The fans give you a massive lift when they are like that, making us put a challenge in. It is a shame we could not get a goal.”

The former Man Utd and Burnley defender then revealed that Everton were keen to put a dent in Liverpool’s title bid.

“It is a big build-up to the game, everyone asks about it and it is a massive occasion. You have to focus on your job when the whistle goes.

“I don’t think anyone wants their rivals to win the title. We respect them and the team so it is up to them what they do. We played our part by trying to stop that happening.”