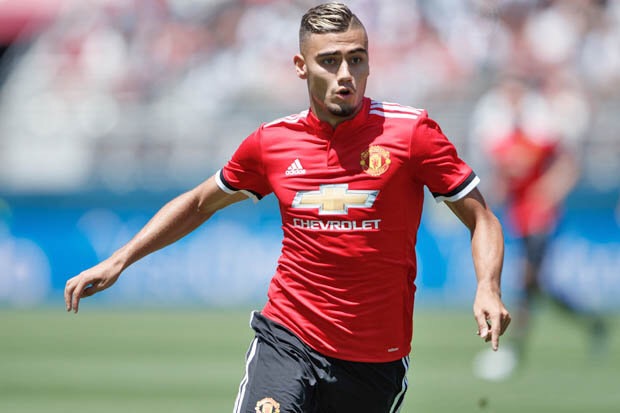 Jose Mourinho is planning to solve Manchester United’s midfield problem by recalling Andreas Pereira from his loan spell at Valencia.

The youngster left Old Trafford back in the summer, returning to La Liga to join Valencia, in a bid to get more competitive action than he would at United.

Despite the commendable decision, it was a view in contrast to that of his manager, who had hoped to use him regularly this season.

“He has the potential to be fighting for a position, for opportunities and to be a Manchester United player.

“His decision can be considered as a young player who wants to play every weekend but also a young player that is not ready to fight for something difficult and it’s difficult to play in Manchester United’s midfield.

“You have to be ready to fight for the position and I am disappointed he left.

“But he has a long-term contract, we have the option to bring him back on January 1, so is not a drama but is a decision which disappoints me a little bit.”

However, according to reports in Spain, he is now planning to exercise that option to recall him in January in an attempt to ease his problems in midfield.

Mourinho has faced six fixtures in October with only Ander Herrera and Nemanja Matic as the club’s only recognised midfielders following injuries to Paul Pogba, Marouane Fellaini and Michael Carrick. He even drafted in youngster Scott McTominay to the side for Tuesdays Champions League win against Benfica.