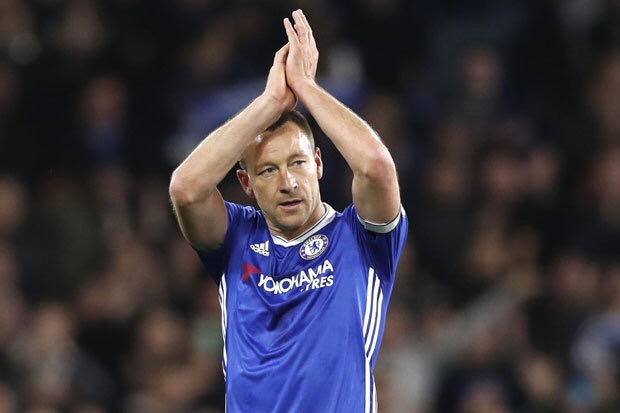 John Terry has hinted that Sunday’s Premier League finale could be his final game as a footballer.

The former England captain has previously announced that he was leaving Chelsea this summer to pursue regular game time elsewhere.

However after Monday’s crazy 4-3 win against Watford, John Terry hinted that he will not play again after the season ends this weekend.

“I know I said I wanted to play regular football while I can, but I’ve still not ruled out Sunday being my last game and retiring from football.

“It depends if the right offer comes along. I’ll sit down and consider it with my family, whether that here or abroad or wherever that may be.

“Genuinely I haven’t made any decisions as of yet and I’m just evaluating all my options at the moment.

“I never wanted to hang about and stop the progress of a younger player – that was the basis of my decision.”

Terry has been linked with a move to the Chinese Super League, whilst Bournemouth are also believed to be interested in signing the Chelsea captain.

Should Terry keep on playing? Should he retire at the very top of the game? Where does he rank amongst the games defensive greats? Leave us a comment