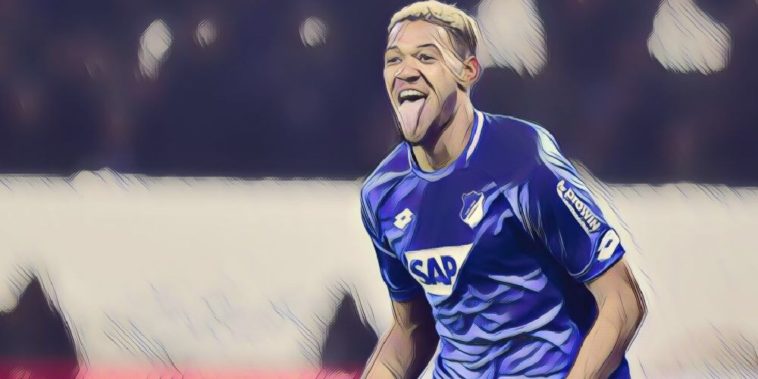 Newcastle’s hopes of landing Joelinton have been dashed, with the Brazilian forward having distanced himself from a big-money move this summer.

Having already smashed their long-standing club record transfer fee in January to bring Miguel Almiron to St. James Park, Newcastle have been linked with repeating the feat with a big-money summer move for the Hoffenheim forward, who has been valued at around £40m.

However, having also been linked with a move to fellow Bundesliga side RB Leipzig in recent weeks, the 22-year-old has revealed that he is ‘happy’ at the Rhein-Neckar-Arena, and ‘will continue to play’ for Die Kraichgauer, even if they don’t qualify for next season’s Champions League.

“I have a contract here, whether we are in Europe or not, that has no influence,” Joelinton told German outlet Kicker.

“I will continue to play here, with or without Champions League football. I’m very happy here and happy to play for Hoffenheim.”

He has scored seven goals and provided five assists in his 25 Bundesliga appearances this season, with Hoffenheim currently sitting in ninth in the German top flight.