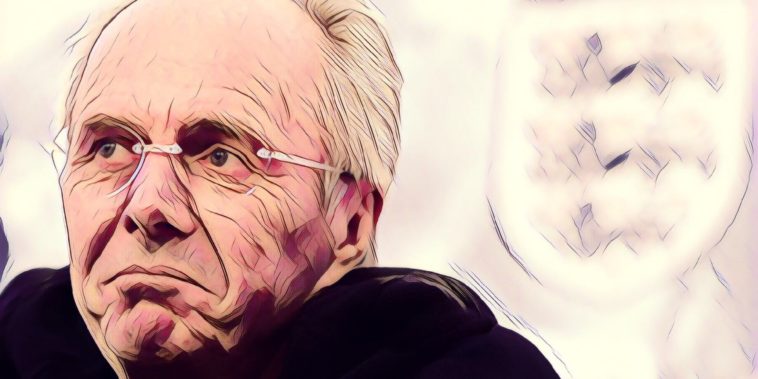 “Football’s coming home” fever may be sweeping England, but former Three Lions manager Sven Goran Eriksson thinks that his former side are on the wrong side of the draw, saying it would be easier for Gareth Southgate’s men to beat Brazil than Sweden in a potential quarter final.

England progressed to the knockout stages of the World Cup after finishing second in Group G, thanks to their defeat to Belgium in their final group game.

While usually those to finish second in the group are handed the more difficult fixtures, England have seemingly dodged several of the tournaments biggest bullets, with Belgium, France, Brazil, Argentina and Uruguay all being on the opposite side of the draw.

England meanwhile have the much easier looking fixtures, with Colombia up next, before a potential quarter final against Sweden or Switzerland.

However, former England boss Eriksson reckons that the potential quarter final game against his fellow countrymen will not be an easy prospect for the current England crop:

“I’m a little surprised because everybody seems to be happy in England, thinking they are now on the right side of the World Cup draw because they’ve avoided the half with Brazil,” said the Swede.

“In the last 30 years, how many times have England beaten Sweden? Not often – twice.

“It would be easier for England to beat Brazil than to beat Sweden in my opinion, Sweden today are a very hard team to break down,” Eriksson added.

“Their strikers are defenders when it’s time to defend and they can defend in their own box as well,” said Eriksson, who was speaking to bookmaker Paddy Power.

“During my time with England we met them four times. We lost once, and the others were a draw and, going back before that, Sweden have beaten England in big games.”

Before England even get a chance to potentially play Sweden in the quarter finals, they need to beat Colombia on Tuesday night in the round of 16. However, Eriksson thinks Gareth Southgate’s side has enough up front to progress to the last eight:

“I would expect England to beat Colombia. They can do it in 90 minutes, no need for penalties, but the key is to defend well,” he said.

“Don’t give Colombia chances because they have players like Juan Cuadrado that can beat players one-on-one. Don’t give them that chance,” said Eriksson, who also managed Mexico and Ivory Coast in a globe-trotting career.

“If England defend well, they will win – because, with the players England have up front, they will score.”