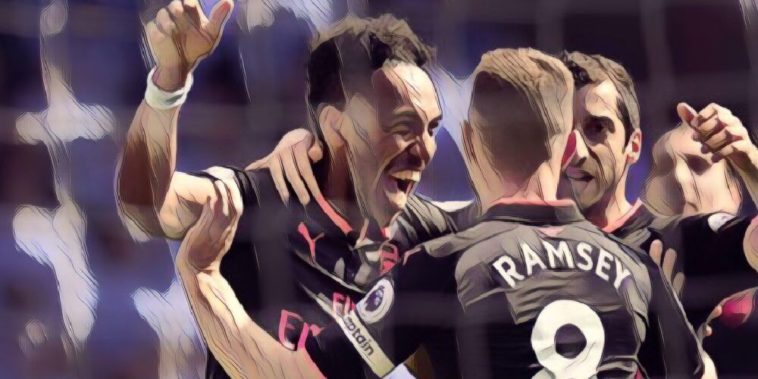 Arsenal claimed their first away points of 2018 with a 1-0 win against Huddersfield Town in Arsene Wenger’s final game as Arsenal manager. Here are five things we learned from the match.

With Premier League survival secure, there was a party atmosphere around the John Smith’s Stadium. Arsene Wenger was included in the fun. Huddersfield went out of their way with classy gestures to mark Wenger’s 1,235th and final game as Arsenal manager.

Wenger was given a warm welcome when he arrived before being presented with a special framed gift from Huddersfield and David Wagner. Then, in the 22 minute, Huddersfield fans rose with Arsenal fans to give Wenger a standing ovation. The Terriers went above and beyond to give Arsene Wenger the send-off he deserves.

Before this match, Arsenal had lost seven consecutive top-flight away matches for the first time since January 1966. They finally managed to pick up three away points after being the only side in the top five leagues to have not collected a point away from home in 2018. To say it’s long overdue would be a huge understatement. At least Arsene Wenger signed off with a win.

A reliable striker should be Huddersfield’s top priority

Goals win games and Huddersfield don’t score enough of them. Huddersfield have failed to score in 21 different Premier League games this season – only Derby in 2007-08 (22) have ever failed in more in a single campaign.

Now that the season is over, Huddersfield need to focus on finding a striker who can score at least 15 goals a season if they are to survive in the Premier League again next season.

Huddersfield came into this match all guns blazing and could have been 3-0 up inside the first 20 minutes. Tom Ince had Huddersfield’s best chance after 12 minutes but he lashed over the bar from 12 yards after Alex Pritchard’s cut back. Huddersfield would have deserved a point from this match and even though they lost, they gave it their all which is what fans want to see.

Aubameyang is only going to get better