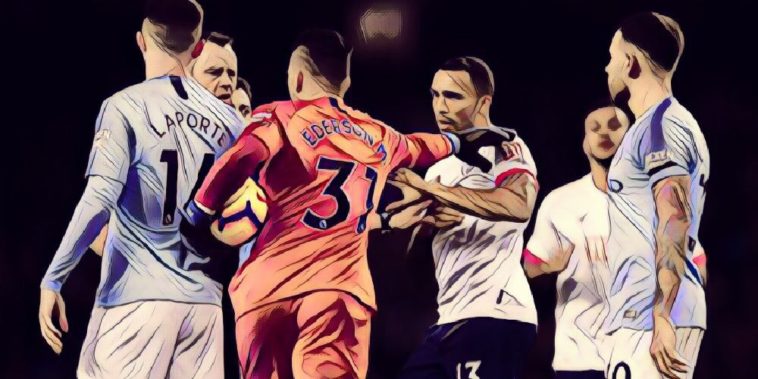 Bournemouth fell to their fourth straight defeat today at the Etihad Stadium as they went down 3-1 to title holders Man City.

Speaking after the game, Eddie Howe expressed his frustration at how his side just could not get time on the ball as Manchester City enjoyed 73% of the possession.

“It was always going to be a difficult game, we knew we would be without the ball for long periods but we stuck at it,” Howe told the BBC.

Howe said that even though City were dominant for long spells, The Cherries had chances of their own to give Pep Guardiola’s team something with which to be concerned.

“We had moments, even in the second half. The three goals we conceded were scrappy, they didn’t cut through us with beautiful football and we kick ourselves for that,” he said.

“Our plan worked, we are frustrated because we had good counter-attacks, the ball just didn’t bounce our way, This is the closest we have come here.”

Despite this poor run of form, Bournemouth are still safely tucked into the top-half of the table and Howe knows that his team gave everything they had today against simply superior opponents.

“We nullified them for long periods and had moments ourselves when the ball could have bounced our way. It was a good time to score, right on half-time.

“We haven’t done enough defensively and weren’t clinical enough in attack. We have an honest group of players and I can’t fault them at all.”