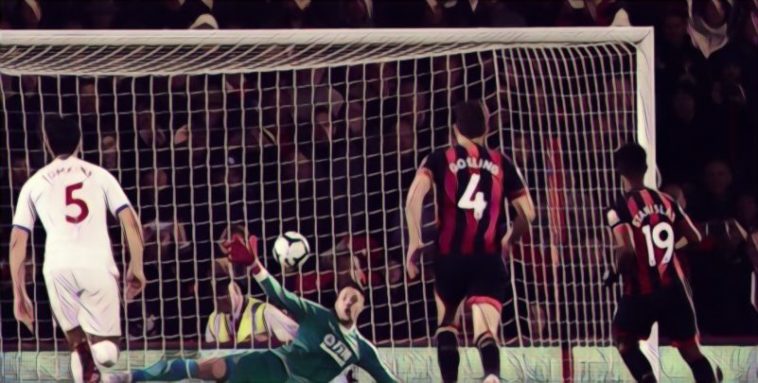 Crystal Palace boss Roy Hodgson was left bitterly disappointed tonight as his side slipped to a 2-1 away defeat to Bournemouth.

The Cherries dominated the opening exchanges and took the lead after just five minute when the impressive David Brooks finished expertly from the edge of the area.

Palace emerged a different side in the second half though and deservedly equalised when left-back Patrick Van Aanholt smashed home from inside the area.

Both teams continued to push hard for a winner, but the game would be decided in controversial fashion when in the 87th minute Palace defender elbowed Cherries midfielder Jefferson Lerma in the face inside the area and substitute Junior Stanislas stood up and slotted in the spot kick for the home side.

Speaking after the game Palace boss Hodgson insisted he was happy with his sides performance but the former England boss was hugely disappointed his side could not hold on for at least a point.

“We had started to come back into the game. Bournemouth always start quickly but once we weathered that aspect of their play we got more into it. We needed to be that little bit quicker and more aggressive on the ball.’’ Hodgson told Sky Sports.

“I thought we did that well in the second half. We deserved the equaliser and it was a good spell. In normal circumstance we would have congratulated ourselves on earning a point but now, although the performance was good, we have nothing to show for it.

“We are playing well enough but football isn’t a fair game. We could have had more points. We haven’t got them. We have to keep going and make certain that when points are there to be won, we get them. We have to make sure we don’t pass off future opportunities.”