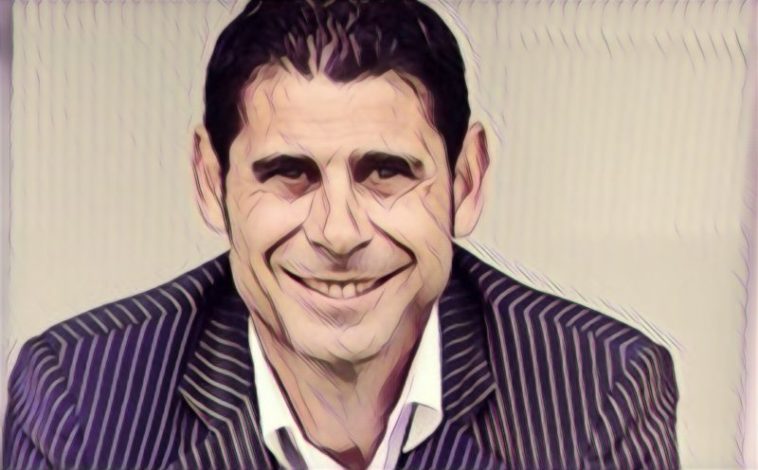 In what has been has been a dramatic day for Spanish football, the Country’s FA decided to remove Lopetegui from his position as they were furious that he had agreed to replace Zinedine Zidane at Real Madrid next season on the eve of the World Cup, after previously committing his future to the national team.

President of the Spanish FA Luis Rubiales has said that he had no choice but to sack Lopetegui, despite the World Cup starting tomorrow, and insisted he wanted a national team that represented all Spaniards.

Real Madrid and Spain captain Sergio Ramos is said to have pleaded to have the manager who performed so well during qualifying stay on, but his departure was announced at a press conference this morning.

However, despite many feeling that Lopetegui’s connection with Real Madrid would cause friction within a already politically divided squad, the Iberian nation have gone and appointed a Real Madrid legend as their new coach in Fernando Hierro.

“Fernando Hierro will assume the position of national coach in the World Championship of Russia and will appear before the media accompanied by the president RFEF, Luis Rubiales,” a statement from the Spanish Football Federation read.

“Next, he will direct his first training and on Friday he will debut in Sochi at the match of Spain against Portugal.”

Spain had been many peoples tip to win the World Cup in Russia, although the drama of today’s events may well cause many to change their minds. If they are to do well however, we can all expect Sam Allardyce to claim credit for Hierro’s success is down to the season he spent with him at Bolton.

BREAKING: Fernando Hierro to take charge of @SeFutbol during the @FIFAWorldCup after the sacking of Julen Lopetegui. #SSN pic.twitter.com/XL55gsKJ69