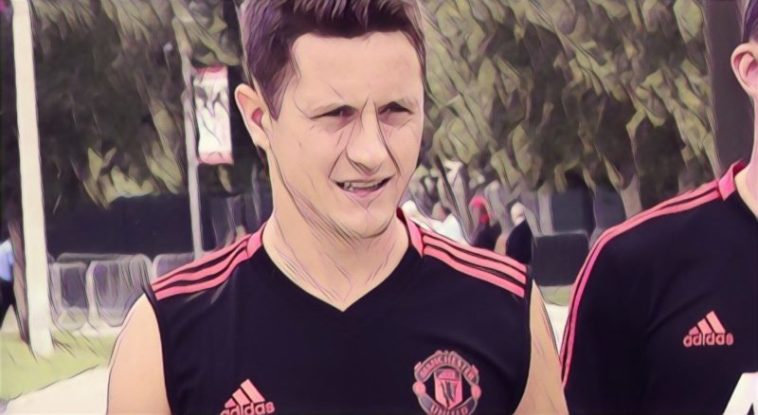 Ander Herrera has admitted that he understands the frustrations of his manager Jose Mourinho.

Mourinho was in a sullen move throughout his sides pre-season tour of America, complaining about his clubs lack of transfer activity and bemoaning the quality of player he has had to work with, due to a number of his first team squad being unavailable due to their exertions at the World Cup this summer.

However, Spanish midfielder Herrera revealed that this is the strangest pre-season he has experienced since moving to Old Trafford in 2014, while the 28-year-old also admitted that he is sympathetic towards his Portuguese coach.

“It’s true, and I agree with him,” Herrera told reporters in the US.

”It must be difficult for him to work with a group of players, maybe 50 per cent of whom he’s not going to have in the future.

“You can’t really work tactically, because the guys you’re working with could be leaving, going on loan or going to the second team, so it’s difficult for him.

“It’s also difficult for us (players), but we knew in advance before coming that it was going to be like this. This is my fifth pre-season here and it’s the most strange pre season so far.”

Manchester United will begin their Premier League campaign at home to Leicester City on August 10.