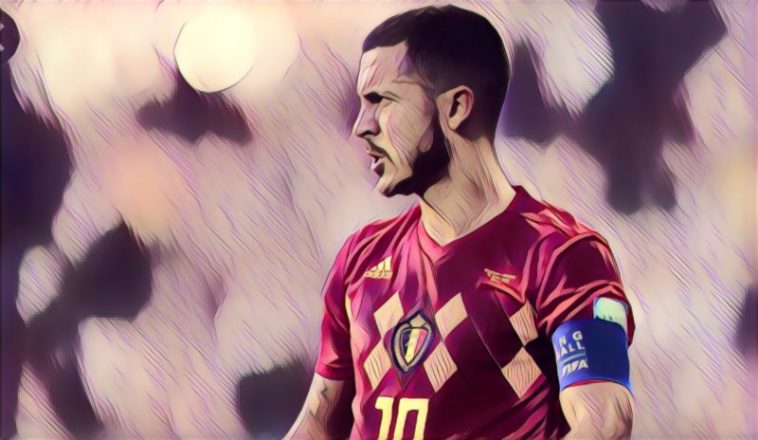 Belgium captain Eden Hazard has revealed that he is ready to step into the limelight at this summers World Cup in Russia now that the superstar pair of Lionel Messi and Cristiano Ronaldo have exited the tournament.

The Chelsea star has long been tipped as one of the players that has the ability to challenge Messi and Ronaldo’s monopoly at the top of World football, and the 25-year-old attacker feels he is now in a much better position to show his best than he has been in the past at other major tournaments

Hazard is the captain of a hugely talented Belgium side who many are tipping to go all the way in Russia this summer, and he reckons that with many of the Red Devils squad hitting their peak at the same time they have a real chance of success.

“They are not in the World Cup so now it is time to shine. I want to go through the quarter-final, semi-final and maybe the final.” Hazard said at a press conference ahead of his sides last 16 tie against Japan.

“I am not the only one of course. Messi and Ronaldo, they are out, but there are still a lot of good players at the World Cup. We will see at the end what happens.

“I am a lot stronger than two years ago – or four years ago in Brazil, definitely.

“I have a lot more experience. Four years ago it was our first major competition, all of us together. France was our second one – and knockout matches have a lot to do with experience.

“When you have a younger team, it is more complicated even if you have good players. Now I think most of us are between 25 and 30, so we have the same level of maturity and I think this will make the difference.”