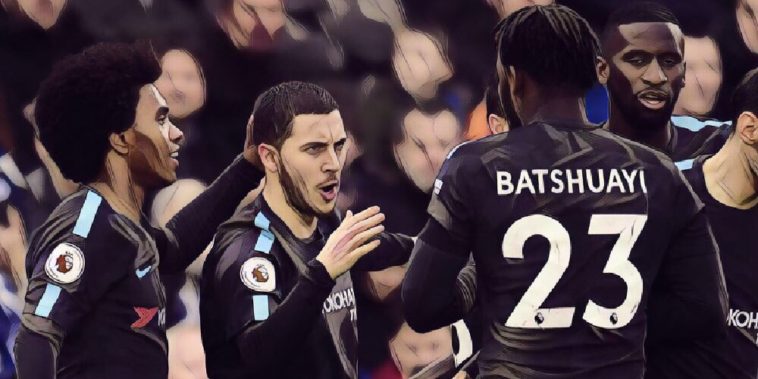 Chelsea attacker Eden Hazard put in a superb man of the match performance today as his side brushed aside Brighton at the Amex, and afterwards the 25-year-old was quick to laud the quality of the interplay between himself and team-mates Willian and Michy Batshuayi.

“We started the game very well. The combination between Michy, Willian and me, was brilliant. We need to do more like this. But then at the end of the half we had a little bit problem. Willy made some saves today. When you score early then you think the game is really over, but it is not.”

Chelsea were 2-0 up after just six minutes, and although Brighton put up a decent fight to get back into the game, the result was never really in doubt.

Hazard’s brace means he now has eight goals for the season in the Premier League, and his excellent showing is further evidence that he is thriving playing in a free role behind the striker.

Brazil international Willian looked sharp throughout and netted his fourth goal of the season, whereas Batshuayi who was starting in place of the suspended Morata, also impressed with some slick link-up play at times.