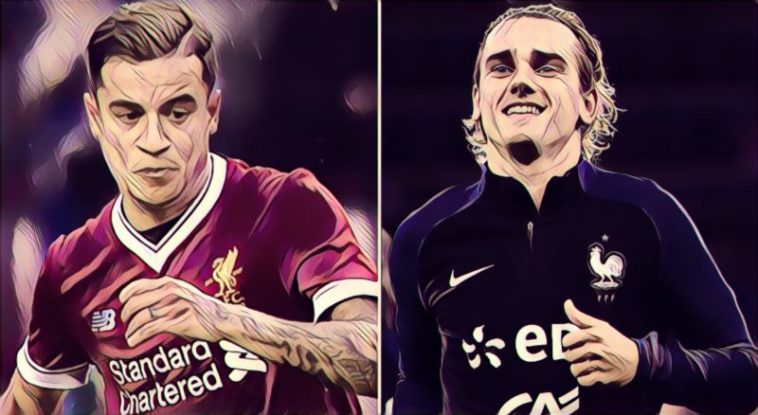 Both Liverpool’s Philippe Coutinho and Atletico Madrid’s Antoine Griezmann have been heavily linked with moves to Spanish giants Barcelona in recent times, although Guillem Balague has revealed in his latest column for Sky Sports that the Catalan club cannot afford to purchase both players.

”There is talk of Barcelona bringing in both Griezmann and Philippe Coutinho, but there are a few problems with these reports. Firstly, Barca’s wage structure accounts for over 80 per cent of the club’s income.

”The wages are so high and they desperately need more income and that is what they are trying to work on. Until that’s secured, I don’t think they can afford both Griezmann and Coutinho.”

Coutinho was heavily linked with a move to the Nou Camp all summer, and although the move did not materialise the talented playmaker is said to be keen on playing and living in Barcelona.

Griezmann has become one of Europe’s most sought after strikers in recent times, due to the lethal finishing ability he has consistently showcased for Diego Simone’s Atletico side.

The 26-year-old was said to be close to joining Manchester United this summer, but he backed out of the move after his club’s transfer ban was upheld, meaning they could not sign a replacement.

I think it’s safe to say we can expect to hear plenty more about the futures of these two top-class attackers in the following days and months.