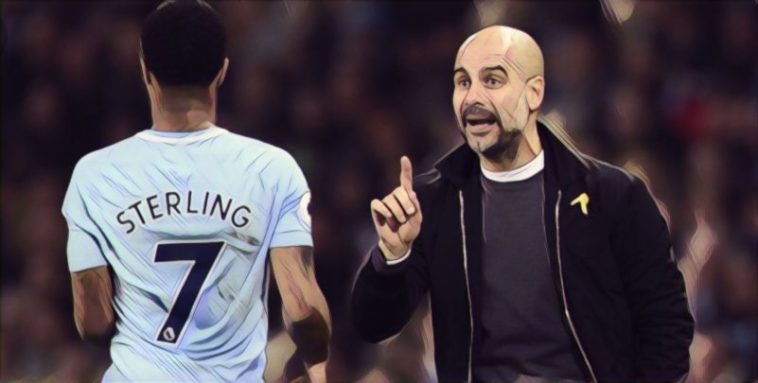 Pep Guardiola has urged Manchester City to tie Raheem Sterling down to a new contract as quickly as possible, insisting that his team rely on the English forward.

The Man City man had a fantastic season last time out, finding the 18 times in what was the most prolific season in front of goal in his entire career, as City went on to break virtually every record in the Premier League.

Despite his struggles for England this summer, the 23-year-old returned to form for his club side, helping Guardiola’s men to a 2-0 win over Arsenal in the Gunners’ first top-flight game under the Unai Emery era.

Sterling scored the opening goal of the game for the Citizens, but has less than two years remaining on his current deal at the Etihad and has failed to agree to a new long-term contract to extend his stay.

Now, City boss Pep Guardiola has urged his club to tie the former Liverpool man down to a new deal:

“For the record, I’m not a sports director, not even a manager. I’m a trainer,” Guardiola said after the win over Arsenal at the Emirates.

“I try to make a good team spirit in the locker room and win games. But we are delighted with him and would like Raheem to stay.