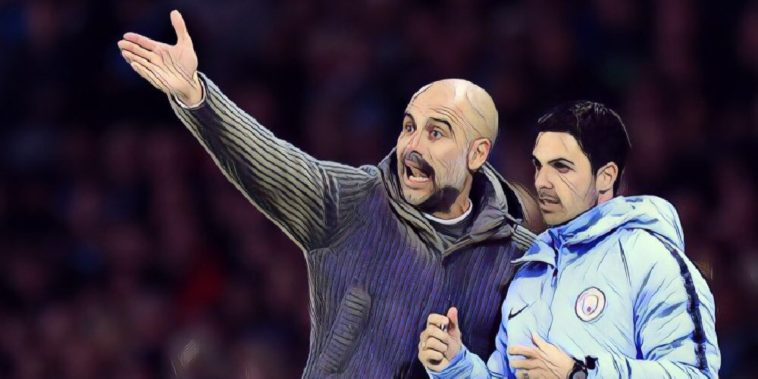 Pep Guardiola admits he is unsure whether ‘struggling’ Arsenal will ‘be better’ under the management of Mikel Arteta with the Manchester City assistant set to become the club’s new manager.

Arteta has been identified as the leading candidate to replace the sacked Unai Emery at the Emirates, the Spaniard having held talks with the Gunners about returning to club where he spent five seasons as a player as their new head coach.

The 37-year-old has impressed since moving into coaching following his retirement three years ago, working alongside Guardiola at the Etihad and being part of a coaching staff that has delivered back-to-back Premier League titles and a domestic treble.

Guardiola admits he has no doubts about Arteta’s credentials to move into a first senior role in management, but warned there are no guarantees of success as he bids to turn the club’s fortunes around.

“I think Arsenal [are] always one of the best teams of the last 20 years,” Guardiola said at a press conference ahead of their Carabao Cup tie with Oxford.

“When Arsene [Wenger] took over the team, he raised the club to another level and now they are struggling a little bit the last years.

“When the club takes a decision to replace the manager or buy players it’s always to rise to be better. Whether it’s going to happen or not, I don’t know.

“You know my opinion about Mikel. He’s a professional human being and a person, I don’t have doubts about that.”

Arteta had been earmarked as Guardiola’s eventual successor when the former Barcelona and Bayern Munich coach calls time on his career at City, though it now looks likely he will take his first steps into management at Arsenal.

Guardiola admits he would like his compatriot to stay on his backroom staff, though says he will wish Arteta the best of luck as he fulfils his ambitions of becoming a Premier League manager in his own right.

“It is a good argument. Why not [go]? It is uncomfortable for me. It is a question for Mikel, I am not in his brain,” Guardiola added.

“I said many times, it’s the same with the players, if they have other desires or wishes whatever, what can we do? We are not going to tell him, ‘stay, stay stay,’ if he doesn’t want to stay.

“He knows exactly what we think about him, at the club, after that, we cannot do more. I think the club has done everything and we cannot do any more.

“If he stays I’d be happy, incredible, because we all work together really well. Hopefully he can feel the same as me or with us.

“If he decides to move I’ll wish him all the best, for him, his family and for his professional future. I will beat him! That’s a joke. The best of luck.”