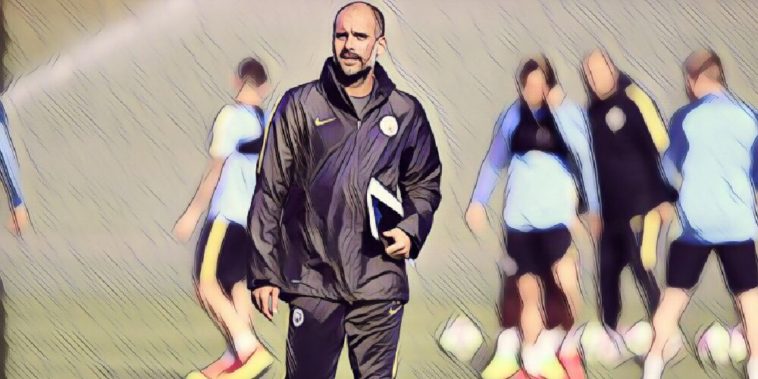 Manchester City have won 10 of their opening 12 league games this season as they aim for a second Premier League title in a row.

City were only beaten twice in the whole of last season and already talk has begun about the possibility of Pep Guardiola’s team emulating the 2003/04 Arsenal ‘Invincibles’ side.

Guardiola was quick to dismiss such talk today, however.

“I heard the same speech last season, we are invincible, unbeatable, and then we were beaten at Liverpool,” Guardiola told his Friday press conference.

“In some games, we are going to win and in some, we will be beaten. They [the players] are not machines and the opponents are good.

“The target is not to be invincible but to be good every day and win the three points. If we don’t win the games, we will not stay here.”

City certainly have been ‘good’ most days so far and will look to extend their unbeaten run this weekend at West Ham.

Last season, they achieved the unthinkable with their 100-point haul in the league while scoring 106 goals.

This season, they are two points ahead of Liverpool at the top of the table and still scoring goals for fun, even without Kevin De Bruyne.

It doesn’t look like anyone will be able to stop City and they are very strong favourites to retain their title, come May.