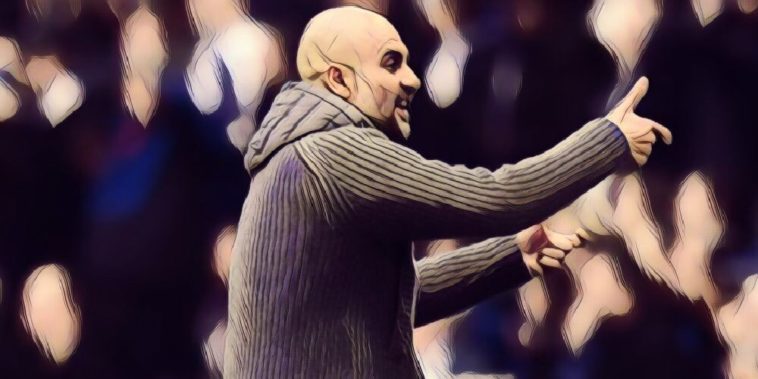 Pep Guardiola is still playing down Man City’s chances of winning an unprecedented quadruple as they edged through to the FA Cup final this evening.

A solitary fourth-minute goal from Gabriel Jesus was the only thing that could separate Man City and Brighton at Wembley, with Chris Hughton’s side putting in a resolute performance.

Having already locked the Carabao Cup safely up in the Etihad trophy cabinet earlier this year, the Citizens are still on course to win all four competitions that they entered at the start of the campaign.

They will retain their Premier League crown if they can win their remaining six league games, while they are still in with a shout of winning their first ever Champions League crown, with the first leg of their quarter-final tie against Tottenham up next for Pep Guardiola’s side.

However, the Catalan described winning the quadruple as ‘almost impossible’ but insisted that his side will ‘try to do it’.

“It was a semi-final, Brighton are an incredible defensive team, we knew that set pieces were huge, massive. We conceded too many but only one dangerous situation. We are in the final, we are there,” he told the BBC.

“My opinion is that nobody has done it [won the Quadruple] so why can we do it? It is almost impossible to achieve everything, that is the truth. Our fans will come, more than today, for the final, we are losing players every game but still we will try to do it.

“I am happy to be in the final, we extend our season by one more week and we are happy for that.”